Going Back A Bit 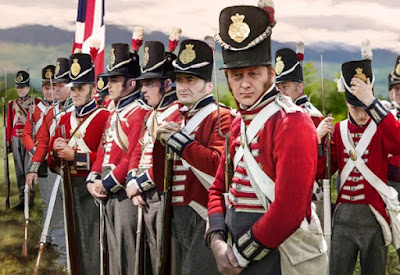 In the play "The Rivals", written by Richard Brinsley Sheridan, is the line by David, Bob Acres servant, "Our ancestors are very good kind of folks; but they are the last people I would choose to have a visiting acquaintance with." Most, if not all, of us will have persons in our ancestry who do not fit the way we identify ourselves and who we do not like to have there.

That Jeremy Corbyn has one is simply par for the course.  One of his sixteen great great grandparents has been featured by that academic journal, The Sunday Express, to tell us what a rotter he was. Given the period and society at the time he may have been more typical rather than a special case.

As it happens, I had already taken a look and saw his ancestry as quite ordinary, although in the further past inevitably there will be some who are different. Some will have picked the wrong side. If during the Civil War he has both Royalist and Parliamentarians, very possible, then it is certain.

In the same generation as Jeremy's above, one of mine, a seaman, was convicted at Greenock for violent assault. Another did time in Carrickfergus Gaol. Another was potboy at a illegal beer stall with his sister the barmaid and run by his father, a veteran of Corunna.

Welcome to the club Jeremy. As for previous generations a fiver of quantitative easing says he could have had an ancestor serving in the Army, Navy or Militia during the Napoleonic Wars in which a remarkable proportion of the male population were involved.

Very recently I have discovered that one of my own, from the sole high status family, a businessman and Militia officer whose wife's family was close to Sheridan, was called out with his unit to deal with strikers and political demonstrators.