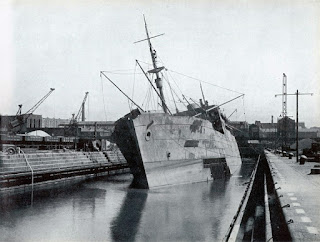 The war on Churchill continues, this time John McDonnell, Deputy etc. of the Labour Party revisits the 1910 miners strike in Wales, notably Tonypandy when troops were sent in to maintain law and order. I wish that John and his friends, just now and again, would look at the detail.

Churchill was Home Secretary at the time in a Liberal cabinet, repeat Liberal. Law and order was one of his briefs. Troops, however, were under the War Office. Does John realise that the Army was run by the War Office?

This meant any decision to deploy troops was a Cabinet decision who would decide whether the Home Office was handling it, or the War Office. As this was not a war and the armed forces came in from nearby it was left to the Home Office.

The Churchill Project tells the fuller story. What also needs care is that policing was quite different then, much more localised and much more vulnerable when confronted with larger and the more organised groups of the revolutionary movements of the time.

It is a pity that John ignores another occasion when troops were sent in by Prime Minister Attlee. It was the summer of 1945 not long after the General Election had filled the House of Commons with "The Red Flag" singing MP's of the Labour Party.

The trouble for them was that there was a lot to be done in a country in a state of ruin, very little time and less money. One of the major challenges was very basic food supplies. I know, I was there and eating anything that could be chewed, including the neighbours prize rabbits.

Food rationing gave only the bare essentials at best. So what did the dockers of Liverpool do? They went on strike to prevent mechanised handling and modern facilities being introduced as well as for wages and conditions. If the stoppage continued very many people would starve to death as was happening across Europe.

Was Robert McDonnell, John's grandfather, a Leftist Trade Union Official (his 1939 listing, I was around the corner just out of nappies) one of those who were prepared to see that happen in the first weeks of the new Labour Government of 1945?