A Warning From The Past 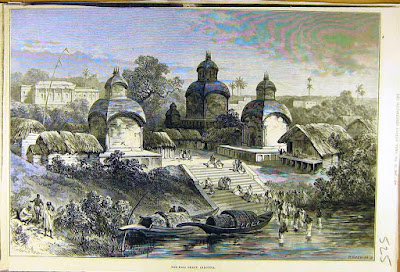 We do not see much political poetry these days apart from the occasional outburst of verse around the blogs. It used to be very different when poets would reach for the inkpot and the steel nib pen at every great event.

In the 1880’s there was a major financial crisis which impacted severely on India causing retrenchment at a time of rising prices.  The rupee was declining rapidly seriously affecting many of the British in India whose contracts were in that currency.

The small estate in Hampshire and a place in local society they looked forward to on retirement was rapidly becoming a modest bungalow in Bagshot with an occasional evening at the Lodge.

Even worse was the re-introduction of Income Tax at no less than two per cent of income, a horror that few had thought possible.  Rudyard Kipling had something to say about it.

The part that connects to the present day is early when he is asking for a British bail out and what he has to say at the end of the poem about Prudence. Can it be possible that Theresa May looked to Kipling for inspiration?

Although the wording is florid to modern eyes he more or less covers the ground.  Sir A—who the poem refers to is Auckland Colvin (Kal’vin), see Wikipedia. The title is a pun on “The Rubaiyat of Omar Khayyam” a major work of Persian literature.

Kipling would have known that this refers to Colvin’s uncle, Turner Macan, one of the leading scholars in Persian and Arabic literature. Boileaugunge refers to Ballygunge the part of , then the capital of , where the British administrative class were based.

You don’t get this class of comment in the financial commentaries these days.

[Allowing for the difference ’twixt prose
and rhymed exaggeration, this ought to
reproduce the sense of what Sir A—
told the nation sometime ago, when the
Government struck from our incomes
two per cent.]

NOW the New Year, reviving last Year’s Debt,
The Thoughtful Fisher casteth wide his Net;
So I with begging Dish and ready Tongue
Assail all Men for all that I can get.

Imports indeed are gone with all their Dues—
Lo! Salt a Lever that I dare not use,
Nor may I ask the Tillers in —
Surely my Kith and Kin will not refuse!

Pay—and I promise by the Dust of Spring,
Retrenchment. If my promises can bring
Comfort, Ye have Them now a thousandfold—
By Allah! I will promise Anything!

Indeed, indeed, Retrenchment oft before
I swore—but did I mean it when I swore?
And then, and then, We wandered to the Hills,
And so the Little Less became Much More.

Whether at Boileaugunge or ,
I know not how the wretched Thing is done,
The Items of Receipt grow surely small;
The Items of Expense mount one by one.

I cannot help it. What have I to do
With One and Five, or Four, or Three, or Two?
Let Scribes spit Blood and as they please,
Or Statesmen call me foolish—Heed not you.

Behold, I promise—Anything You will.
Behold, I greet you with an empty Till—
Ah! Fellow-Sinners, of your Charity
Seek not the Reason of the Dearth but fill.

For if I sinned and fell, where lies the Gain
Of Knowledge? Would it ease you of your Pain
To know the tangled Threads of Revenue,
I ravel deeper in a hopeless Skein?

“Who hath not Prudence”—what was it I said,
Of Her who paints her Eyes and tires Her Head,
And gibes and mocks the People in the Street,
And fawns upon them for Her thriftless Bread?

Accursed is She of Eve’s daughters—She
Hath cast off Prudence, and Her End shall be
Destruction . . . Brethren, of your Bounty grant
Some portion of your daily Bread to Me.