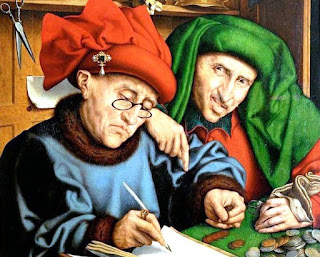 In the debate about what the problems are and what is to be done it is clear that much of the media and many of the politicians simply have not realised the degree of change that has occurred since the 1980’s.

So when faced with practical problems of key importance now and for the immediate future the debate is couched in arguments and policy platforms that are disengaged from what is actually out there.

A feature of the debate on taxation is the lack of understanding of the realities.  We have a government claiming to be attacking tax evasion and criminality yet depending for its work and key support on people who pay comparatively little tax.

But this is tax avoidance which is applauded by many as a worthwhile feature of the economy to advance growth etc.. Cutting through the complications this means that we have an economy part of which is The Taxable Economy and the rest The Alternative Economy.

The Taxable Economy is not large enough to fund the government’s needs for revenue and to some degree real lending. Nor in present conditions can it be made large enough in the foreseeable future to cover the spending and associated plans. Also, year on year it is declining in real terms.

The Alternative Economy has three parts.  One is the legal activities by which tax is less than it might be for those who might pay.  This is broader than people assume given the many and varied nature of the tax breaks handed out to all sorts of people and activities. This includes tax avoidance as we know it.

The second is the range of activities that escape tax. This covers activities such as Barter, DIY, helping out the family or the neighbours, voluntary work, “community” work etc. This is normal unrecorded activity that has been part of life.  In the past for many, especially in the poorer sections of the population, this was a part of their personal economy.

The third is the illegal sector. Tax evasion, bootlegging, knock-offs, petty thieving (M.P.’s expenses come to mind), pilfering, drugs, trafficking of one kind or another and money laundering and all the full range activity outside the law to yield income and profit with little or no tax being paid.

If my wife cuts my hair without charge, this is Alternative 2. If I claim hair cutting on my expenses, this changes it to Alternative 3. If we set up a charity to cut the hair of the poor at low cost and this allows tax breaks then it is Alternative 1.

If we set up a company registered in Jersey, cut hair as a job and ensure that the revenues go there and avoid tax again this is Alternative 1. If you think that this is unlikely we have a jobbing builder along the street who does just that.

To make matters worse for the imbalance between realisable tax revenue and obligations in the spending commitments of government there is a range of payments that worsen the situation.

One is the discouragement of employment by over regulation and haphazard rules and another is all the obligations to give money to people from whom little or no tax can be realised other than on their spending.

In short the government’s own spending in many areas exacerbates the problem and adds to the tax breaks that have been handed round to win friends and votes.

Government now has to increase the burden severely on those who have to operate within The Taxable Economy, now largely middling and lower income people. It might be tempting to tax property, but as the USA is finding out, having such a tax is great when the values are rising, but a disaster when they crash.

Taxing the rich will catch comparatively few because many are already in The Alternative Economy and so much of UK economic activity is run by people in other countries. Moreover, as many countries are engaged in a race to the bottom in taxation it will be hard to accomplish.

My fear is that there is no way out of the maze and worse still neither the media nor the politicians have the faintest idea of what has happened under their noses.