Have A Good Sniff 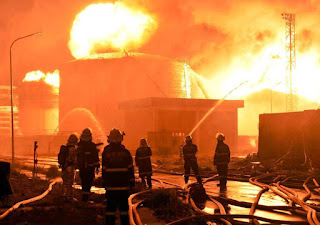 A few years ago there was  the news about Mephadrone and the debate about its banning. The location was a large chemicals factory in China which had able managers, scientists and others with the facility to create and produce a variety of synbthetic chemical products to order for many purposes.

We were told that if one drug were to be banned then it would be very easy to make and market alternatives within a short space of time that would be just as strong and with similar effects. They would be legal until the relevant authorities had caught up with the developments and taken measures to control them.

My impression was that if the factory geared up quickly they could be into the containers and available from those flats down the road within weeks to give you a legal high, just as good, maybe better and cheap enough for a night on your own special planet.

All this is secondary, there are more important issues.  One is that the illegal drugs market is now a major and untaxed commercial activity. Another is that the money from this flows into many pockets and places with unexpected and many unhappy consequences. It is largely untaxed but the costs of the “war on drugs” and the levels of public expenditure devoted to it are borne by those who do pay tax.

Those who campaign for the legalisation of these drugs suggest that if they could be regarded as simply another product and taxed and controlled as such it might be possible to avoid a great deal of the damage and social disasters that occur. Their problem is that even if they are right there are so many vested interests of one sort or another in the present situation it will be difficult to achieve it. How much of our vaunted financial industry benefits from big money laundering and tax evasion?

There is a larger problem of addictions however that goes unrecognised and indeed avoided by the media in relation to the relevant substances and their properties. All of us are affected and the costs are borne in many ways.

Currently it is evident that compared to the past many people are carrying a great deal of extra weight. The substances in question are sugar and the several sugar substitutes.  It is argued that the packing of these into so many manufactured foods with their addictive effect stimulates the extra eating and weight gain among so many people.

There are allegations that the sugar substitutes are worse than the ordinary sugar despite their “low calorie” claims because they are so addictive and because of hitherto unrecognised effects on the human body. Added to the sugars, the processed grains and the industrial meats there are now the other substances routinely added to food products.

They have a variety of purposes, but to stay with the addiction factor there are the many and various food flavourings. In the last four decades the extent and power of these has vastly increased and the chemists are now concerned not with flavour alone but the “come again” element in the chemical design to attempt to encourage the consumer to continue to demand that particular product brand.

There are preservatives, flavourings as such and flavour enhancers very often in combination in a single food product.  They can make a sausage filled with offal fats and the cheapest possible starch fillers taste of any meat. That “English Pork” may come from the brain and entrails of a Polish pig reared and killed in a large filthy diseased factory filled out with the leftovers of any grain uses and whacked up with MSG and strong flavourings.

The adverts will tell you how lovely it is, however the actual sausage might be made in a large shed on an industrial estate in England or it might just be packed there but what more do you expect for the price? Then there are the chicken products but that is another horror story.

The Pharmaceutical industry is much more controlled and there are regulators and testing available. There is still a serious debate about many of the side effects and the influence and power of the industry. Across the Atlantic this is much more vigorous and open. One of the major concerns because of its importance is how close the industry is to the politicians.

In the UK where debate is restricted for a variety of reasons Big Pharm is locked in close embrace with the NHS to the extent that a visit to the family doctor will guarantee you one prescription or more because that ticks the boxes. Just don’t ask your doctor to tell you what causes of your problems.

Our research and action is almost all aimed at identification, medication and treatment. That about causes does not “add value” or help to increase GDP.  There are side effects and there is the risk in a number of cases of potential addiction. This is supposed to be monitored by the doctors but all too often isn’t.  It is easier and more profitable to keep writing the prescriptions.

The most dangerous, nastiest, pervasive and potentially health damaging addictive chemical products are delivered by the fragrance industry, uncontrolled, unregulated and uncaring bent on market share, added value and to hell with consumer health.  There has been an explosion in use of the synthetics in recent years and their effects have been hugely increased very recently by the introduction of nanotechnology.

This enables quantities to be claimed to be small whilst the dispersal penetration and long life and adherence properties are hugely enhanced. These products are chemically engineered to be addictive and to have instant and addictive impact on the brain. What they do to the lungs in the long term and the rest of the body we have yet to discover.

Much this comes from China and often the chemicals are not what they are supposed to be. Some comes from around the New Jersey turnpike, some from India and places where there are major pollution issues and some from the remnants of what used to be ICI with all the political implications that ensue in the UK.

In many other consumer products it is possible to have an outline of the nature of the content. But the fragrance, deodorant and cosmetic makers are protected by law against any need to declare their content even when fatalities have occurred or where it is clear that people are having severe health problems.

The extent to which this industry has now run amok with the attendant health and addiction risks means that just about all of us will be affected whether we like it or not and the price we will have to pay will be greater that those paid in the past for any other addictive substances.

Why is so little heard from the media?  Just read the adverts in the papers and look at them on the TV. The revenues arising from the marketing of so many of the above legal addictive products of one kind or another are critical to their existence so you can forget any real debate or coverage.

We humans like our addictions and indeed cannot have enough of them.  Anyhow, may I offer you a drink?