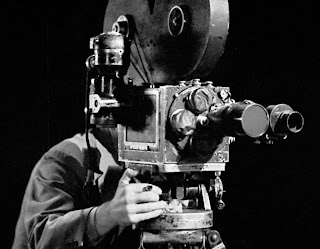 The film maker Ken Loach, defying old age, has won the Palme D'Or and praise in many quarters for his latest film "I, Daniel Blake" set in what he regards as his home intellectual territory, the lives of those at the bottom of the heap and having a bad time.

There is interest in how much he would make on this in that film making is one of the those ruthless capitalist activities that are red in tooth and claw. That his film had other support has been an interest. So what will he do with the loot, sorry, the rewards of work and thought?

My suggestion is that he revisits one of his early successes, "Kes, A Kestrel for a Knave" to tell us what happened to Billy Casper the boy at the centre of the film.  Ever willing to be constructive, a plot line is suggested below.

Billy, now in his 60's is a retired former social worker who made it to the higher grades only to be early retired after an internal reorganisation following a management consultancy review. His hobby is stuffing birds for sale online but he has become the target and victim of eco' warriors.

After one divorce and then the failure of the second marriage, unwilling to pay for another divorce Billy has had several partners. His latest, Millie Glossop-Wooster is a former Guardian journalist who went to Barnsley to research poverty only to realise that if she sold her suburban home in Hampstead she could buy a decent large house and small holding up in the Pennine area of Barnsley.

Millie has created a bird breeding centre as a tourist attraction and  source of income. It is the old birds that Billy kills and stuffs to ply his trade. They live a quiet and ordinary life between Barnsley and their other homes in the Costa del Sol and Caithness. The plot deals with the stresses in their lives and partnership now they have become local hate figures.

A lot of noisy rows, debates, incidents and the rest involving much of the local community, the police and other services mean that Millie decides to go back to Hampstead and leave Billy. His only consolation is his season ticket in the main stand at Oakwell to watch Barnsley play.

Billy is lost and bereft. One day wandering in a part of old Barnsley he is drawn to enter a church where the door has been left open. Somewhere high up a choir is singing "You'll Never Walk Alone" as he goes to the altar and feels impelled to kneel and pray.

Then there is a tap on his shoulder. He looks up and sees Clarrie Hirst, his old Head Teacher who so often told him to get stuck in on the football pitch or else. But Clarrie has long since gone. "Come on lad," says the ghost of Clarrie, "Time for t' Big Kick Off, Barnsley are in the heavenly Premiership and you are the centre forward. The lads from Longcar will be there and Brannan has promised to put it down to expenses."

Billy follows Clarrie through the wall. The film closes with a cleaner, being paid below minimum wage, discovering the body of Billy, beside him is the feather from the tail of a kestrel.

Would crowd funding do the job?