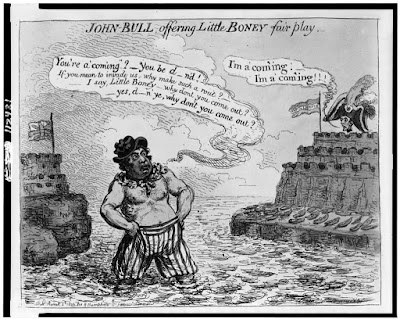 "A consequence of the 1858 Government of India Act was that the United Kingdom ceased to be independent." Discuss. The history of the British Empire assumes that control was centred in London.  But that control depended on the interests involved, substantially those of the upper classes, the City of London and the imperatives of trade.

These imperatives often meant the UK paying the price or accepting commitments to others. Also, as India became so important to the UK for a variety of reasons, it might often be the case that the UK was obliged to follow the line of those in charge in India in making some decisions or determining lines of policy.

By the 1880's we were involved in Africa to a great extent but we could no longer go it alone. African matters involved other European powers, let alone the major financial interests in the City. The UK did not decide; the decisions were shaped for us by others.

By 1919 the First World War had left the UK a debtor state and had created a network of obligations, treaties etc. that bound our policies and actions, such as The League of Nations. Also, the Empire had changed and we had become tied in several ways to other commitments that impacted and what we did or did not do.

After the Second World War there was yet more debt, victory in theory but with a destruction in capital and money with continuing conflicts that left us impoverished and obliged to others for what we might eat or consume. There was the United Nations and progressively we became more and more tied to more organisations and continuing obligations.

It is arguable that before the First World War the counties of Down, Dumfries, Denbigh and Derby were more independent than was the United Kingdom by the 21st Century. When we hear the word "independence" from yapping politicians pandering to their paymasters they might mean detachment from EU officials or the Westminster offices and agencies for this and that but nothing else.

The media is full of big decisions that might soon be made, Hinckley Point, HS2 and Heathrow. But just who will be running the projects, who will be dealing with finance and who will be the real owners? As I walk about the town on the Chinese granite paving to visit my foreign bank, pass by the foreign owned railway service and pay money out to shops and services which are largely foreign owned I might wonder why.