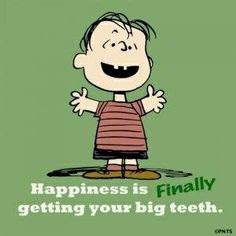 As a child medic's came to my school to check us over regularly.  They were looking for Tuberculosis (TB or Consumption) in the time before antibiotics. They were neurotic about this and my school was labelled high risk because of migrants fleeing the London Blitz.

If diagnosed you were banged up either in the local Open Air Residential School for as long as it took or an isolation ward if serious. My teeth were checked for signs of this or that. When selected for a secondary school education, another check including my teeth, the advanced thinking local authority having health as a priority before the NHS was created. There were later checks.

When conscripted for the Army, everything was checked, I spare you the details. This happened again when posted out of the UK, twice more and then later before demob' for all of us. The Army was neurotic about Venereal Disease, STI or STD nowadays, especially syphilis, there was a lot of it about, including the Tertiary form. The Secret files I read during boring duty weekends were fascinating in their accounts of the relevant issues.

In London afterwards the reported roundups of street sex workers for medical checks by The Met' Police were said to be triggered by yet another Tory minister having caught a dose of something nasty. These involved mouth checks due to their curious habits. See the 1959 Butler Street Offences Act.

For my first job, another set of checks, for later jobs more checks.  Along with this toothy experience were at least a dozen dentists here and there prodding and searching about and then endlessly reminding me it was time for another go.

In later life there has been an interesting selection of hospitals, all of which wanted to examine the anatomy on an extensive basis, including teeth. If I could have claimed to be a refugee child interested only in slave or sex trafficking, terrorism, gang warfare, death to the infidels and such like, it would have been a lot easier.

In the present furore it seems to have been forgotten that many cases of young migrants will be obviously children. Equally it ought be obvious that some are not. The cases needing a check will be the rather fewer marginal ones and those where there is cause for doubt.

But and it is a very big but, there is the far more difficult question of many people coming from high risk areas in which there are serious health issues, including diseases that we have been desperate to eliminate in the past, especially where new forms have developed.

Such as drug resistant TB.