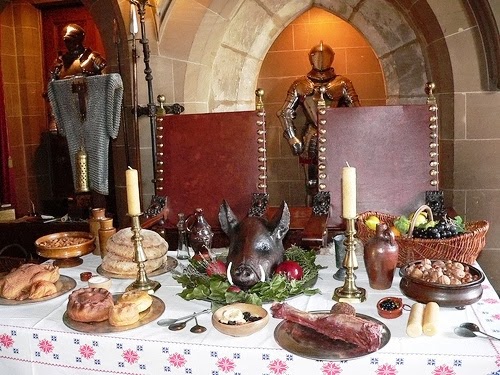 There is a problem with words.  "Poor" or "mal" nutrition can mean different things.  It is easy to both confuse issues and to misunderstand the complications and interactions of differing elements in the connected problems we have at present arising from our eating patterns and habits.

This post arises from the fact that we have just lost two of our key food supplies who have closed down.  Also, the others are under increasing stress from not just market forces but government and Euro regulations which add more to the costs of the small trader than the large.

The latest aspect has been the media story about how many of the elderly are badly nourished.  The emphasis seems to be on the question of not enough food arising from either or both of poverty and diminishing capability with age.

In parallel to this has been the question of the rise in obesity and too much weight across the age groups.  So while some do not have enough many are having too much.  This might be too much overall set against too little activity or too much of the wrong things.

For me shopping in supermarkets with their noisy crowded confusing aisles and absence of any real human interaction is one of the seven circles of hell.  Like almost all now I cannot use the local corner shop because they have all gone, swept away by regulations and local government in thrall to the big retailers.

It is not possible to avoid seeing what others have in their trolleys and therefore to form a judgement about their personal and especially eating habits.  The majority by a fair margin seem to be eating what is essentially manufactured low grade food products urged on by the media and advertising.

There is then what is thought to be an entirely different and separate issue and is dealt with as such.  It is the huge rise in children and others diagnosed as ADHD, or hyperactivity etc. who are now on serious medication, sometimes for life.

This raises a number of questions notably if medication is used to suppress how can you train or they learn behaviour.  Popping pills is a lot easier than the messy and tiresome business of the relentless need to advise, control and discipline children and others.  Kids can be more active than adults like for reasons of nature alone.

Again activity is involved.  Walking around our local suburbs, if only to work off the surplus home made Eccles Cake intake, it is apparent that children do not run around and play out.  They are not put out to work a ten or twelve hour day at fourteen being shackled to school or college desks for many years to suffer indoctrination by our unionised teaching force.

Nor are they either expected to or take part in all the many and various household tasks now done by expensive machines as opposed to the physical labour of the past which imposed its own disciplines when cleanliness was next to godliness and did not come in a tin.

At the same time it is well known that the media and the food and drink producers inflict on the young an onslaught of promotion and advertising for products that are high in sugars, sweeteners and other stimulants.  They are chemically engineered to stimulate, produce a "high" and to be addictive.

All in all the elderly without cars or assistance and the kids do not stand a chance in the modern retail world.  The kids are being reared to be the rubbish consumers of the future.  The elderly, some already damaged by the rubbish of the past can be left to their own devices.

Meanwhile the obese are now being accepted as the norm.  In the media and across the channels there are enough cooking and food channels and programmes for all to learn what and what not to do.

But having expert and qualified advice on this they seem uniformly superficial, far too quick and careless and almost intimidating in some of the presentation.  More worrying is that they while pretending to be nutrition make the business of good basic food preparation a high art with expert skills relating to high levels of technical equipment.

There is another difficult matter to consider and that is the effects of soil depletion and loss with the more and more intense cultivation of soils. This has meant steadily increasing applications of additives to foods, fertilisers and pesticides to crops and the industrialisation of both arable and livestock farming.

From the late 19th Century through to the middle of the 20th there was a real attempt to give the population both access to good basic ranges of food, the incomes go afford a sound basic diet and reliable sources of supply on a highly localised basis.

All that has been swept away.  Domestic Science and Institutional Management Colleges have been folded into mega multi study colleges with Food Technology departments or training for chefs and takeaways.  Small farms are going with the government capture by the big landowners and food producers.

Local supplies are disappearing, the food supply being from large hangars needing complex logistics.  The food inside them is amost all factory made or factory treated to specifications increasing removed from reality.

And our knowledge of food is mostly gained from sitting watching the TV and being treated to the relentless advertising of the big producers and retailers.

No wonder so many of the kids are going mad.