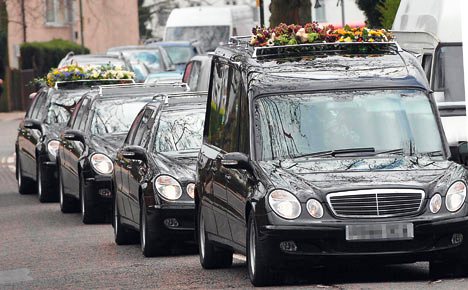 Among the certainties of life there is death.  Where there is death there is probate.  When there is probate all sorts of things can happen and can go badly wrong.  John Mortimer, the barrister, author and writer of scripts for film and television served his legal time in the old Probate, Divorce and Admiralty Division.

It was his considered opinion that when it came to wills and in heritance matters all bets were off and the normal forms of polite and honest human behaviour were forgotten in the bitter struggles for the right to money and property.  This is when there are wills to be had and discussed.  Things can go badly wrong as the recent fuss over the will of Joan Edwards who bequeathed money to the State demonstrates.  To the astonishment of us all, political parties decided that they were entitled to it and made a grab.

I recall reports about one will, made well over twenty years before death where the lady left her house to the child who was her carer and then allocated money figures from the rest of her assets among the other children, the figures then looked even.  But during that time these assets evaporated so when the will was proved the other children demanded the sale of the house to get something out of it.

When there is no will and there a deceased is Intestate it can be even rougher.  As a large proportion of people do not make wills there is endless scope for confusion.  The more tragic cases are of people who think they have made a will but have done so on bad or amateur advice and the will fails to meet the legal requirements.  There are many of those to add to the long list of intestates.

Often, in intestacy cases there are some family or near relatives to hand to administer the estates and to try to sort things out within the law.  Often there are not, perhaps a close friend will try but not always succeed.  The result is many cases left open to question although the Probate Laws do stipulate who the beneficiaries should be.

If they can be found.  In many cases they cannot without a good deal of expert research and often related expense.  This has led to a number of companies who make their living from finding the unknown families from official and other records.  Some of these are highly professional and earn their fees and are long established often working to requests from solicitors etc.

Recently, with the power of digitised records and the rest they have been joined by others who are less concerned with fairness and proper conduct.  Essentially, anyone who knows enough to find their way around and can get to any heirs first are in with a chance.  The Treasury Solicitor deals with those who apply to it and stands off from detailed research of its own.

The BBC have run a number of series, amounting to around 135 programmes from Flame, an independent producer, called Heir Hunters that have covered a large number of cases.  While some deal with referred cases to probate research firms the bulk deal with cases from the Treasury Bona Vacantia lists of estates with no known heirs that are published each Thursday.  It is evident that the race is to the swift in cases that are worth chasing.

It is only rarely and then where the case is categorical that these programmes deal with any fraud or attempts at deceit.  This is understandable for legal reasons but nevertheless recent reports indicate a worrying set of developments.  It is possible that the extent and nature of probate fraud has and is escalating to a degree where it is becoming a major problem and one which is ignored.

This is especially the case where property is involved and title to it.  It is not simply faked wills or the traditional methods of bilking funds.  It is that there are people who make it their business to just move in on vacant property and establish title to it, often with the Land Registry and then reap whatever profits there are to be had.  If those entitled do discover the theft there is often little to be done because the police have no interest and regard these cases as a civil matter.

It may not be just individuals but it is possible that some property companies and housing associations, never mind legal firms run for profit as opposed to professional service have cottoned on to the benefits of being able to lead the chase on the decease of someone with assets or title to property.  In a sense many of these will be in pole position.

The Treasury, who are supposed to be in charge of all this, may be presiding over major areas of fraud on ordinary people arising from the serial failures in dealing with probates, property registration, collection of taxes and the rest.  If you are looking for money leaking out of the economy due to theft and malpractice this is certainly one area.

It is a pity that when the figures for "growth" and the "economy" are published there is no provision in the figures for that arising from fraud, theft, malpractice and the rest.  It might just be that this is the only real growth at all.