Where My Caravan Has Rested 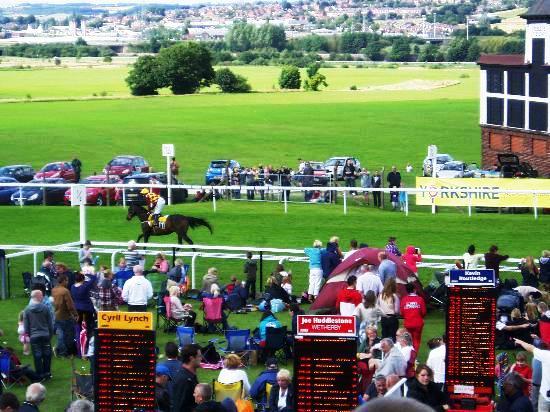 With a German election next month which may create a number of additional uncertainties, an EU becoming less of a Union and Spain spoiling to avenge the Armada defeat against England in 1588 and the USA heading into a walled garden with no exits the UK election campaign has begun under a whole collection of storm clouds.

Then there is what might happen which is unexpected, expected but ignored in the hope it will go away or should have been expected if anyone had been paying real attention rather than being away with the media fairies.  Quite where the forecast of a move of substantial numbers from the Balkans to the UK fits in is open to question.

The potential for this arises because in January, rules of the EU that we have avoided will come into effect.  This means that nationalities or groups within them will have unimpeded access to the UK.

As these are alleged to include a great many Travellers, of an ethnic group unloved and unwanted in Romania and Bulgaria, and everywhere else acquainted with them this could have effects which nobody seems to have addressed or been advised about.

One of the key uncertainties is where they will all go and in what numbers.  As far as the government are concerned we have been here before.  In the 1960's when Idi Amin of Uganda expelled the Asian communities we were told by Edward Heath that this would amount only to one family in each parish.

These Asian communities with extended families and traditional supportive close ties to each other did not see it that way and preferred to be together within a limited number of locations. Unluckily some went to towns that had begun to decline.  Those who took jobs there often found that within a short period the industries contracted and began to lay off workers.

As the Trade Union rules at the time were very often that redundancies were to be on a basis of last in first out inevitably this appeared to be racist.  One major problem in the period that was that often then the loss of a job meant the inability to pay rent.  So you were out on the street as well.  The consequences of all this were entirely unexpected in Westminster.

So where are the latest mass movement of newcomers going to go?  They will want their own space and have a preference for areas where they can adhere to their traditional economic functions.  Unluckily, these are often in contrast to the established laws and arrangements of where they settle.

I am trying to avoid being judgemental and am aware of the implications of DNA which means that they are much closer to us all than most may think.  One prime location for many of them go gather is spaces in or near towns with room to move and which are little used.  Racecourses would seem to fit the bill in many areas.

The picture above is Pontefract Racecourse, which has a great deal of spare room in the shape of a little used public park.  There is ample access and it is by a junction to the M62 not far from the A1 link.  There are also railway connections and a great deal of electrical power installations.  So there is an immense amount of wire for the taking.

A major advantage is that the local Member of Parliament is Yvette Cooper one of the leading supporters of all the Equality legislation, human rights activities and a firm believer in the Blairite immigration policies.  Her husband is Ed Balls a man of similar mind.  The Traveller groups would be certain of being welcomed by the local Labour Party, especially if they become members.

Sadly, one of the old mainstays of the Labour movement in the area, John Poulson. is no longer with us to help and guide Yvette in how to house and provide for them.  If the Travellers are minded to go there perhaps it could be renamed the Poulson Peoples Park to mark its new role in Yorkshire society.

Yvette and Ed might be able to get exemption for the Travellers from the new EU rules for the annual testing of caravans for safety.  As Travellers rarely test their cars at present it would be logical although they seem to have a very high rate of turnover in premium cars for some reason.

One racecourse for them to avoid is Aintree, Liverpool, which would have the advantage of a built in motor racing circuit.  The locals are undisciplined and the poor Travellers might be robbed down to their last hub cap.

They could always go along the road, however, to Haydock, where a local Labour MP, Andy Burnham would welcome them with open arms and arrange priority hospital treatments.

This could get very interesting.