A Case Of Self Determination 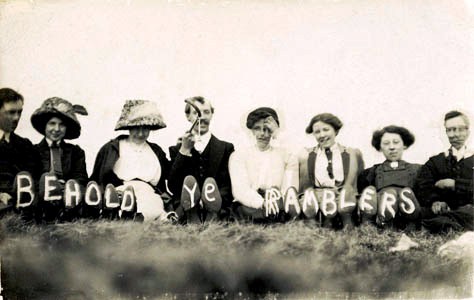 Among last week's sob stories designed to bring tears to your eyes and weep into your hankie about the way ordinary people of the labouring classes are treated was that of Will Self & Son given a going over by the local fuzz in deepest Yorkshire.  My recollection of that area was that the locals thought that any evident Londoner needed watching and was a cause for suspicion.

Will Self, one of those attached to left wing politics and famous for writing and being famous was on an extended ramble, which he does, from Whitby south, probably to Hull.  Perhaps to call on his chums the Prescott's, our once prize Deputy Prime Minister in the good old days of Blair, and talk London property prices and how to regain control over Labour thinking.

Like very many of those on the Left he seems to have gone off track.  East Yorkshire is distinctly short of hills and mountains and is also well populated with many roads and even a railway or two.  For those who can read a map it is very easy to get round and you are never more than a couple of miles from some village or small town.

So where there's a Will there's a way and finding himself outside a large estate he decides to go through it rather than round it to the local village.  It is going on evening and he has a child in tow, doubtless looking as though he would much rather be somewhere else and wondering where on earth the next food was going to come from.

The estate is not one of your big elite private ones.  It is in fact part of the public sector and an agricultural college and a fine one at that.  Bishop Burton College is long established and well known and a credit to our educational system.  If any rambler is using a proper map there can be little doubt about just where and what it is.

Sadly, in our modern times, unlike the days when I used to be a regular visitor, it needs security men who need to watch out very carefully for who might try to get access to their land, facilities and all the very expensive gear they have.  Out in the country and not far from both motorway access and a city with a strong criminal culture, in our present land they are very vulnerable.

So when this scruffy bloke with an odd London accent turns up wanting to drag a child through woods and trees to some unlikely location the security guard who encounters them has to think quickly and to be careful, very careful, about what he does and says.  If I were that man all sorts of warning bells would be going ding dong loudly in my head.

So the security man uses his common sense and summons the police.  In any case it may be in his brief to do so if he has any serious concern.  Moreover, the local police will know that the College is a high risk case for intrusion or criminal attempts or surveying.  Additionally, we do not know who is in the student body from overseas.

May I recommend the security man for a gong in the New Years Honours for courage in the face of media hostility? It is about time the ordinary man stood up to the pretensions and demands of our London elite who think they are above everyone else.

We have distant family connections in that area.  It is a pity Will did not hitch a lift in one of their vehicles.  It would have been interesting and perhaps useful to him.  They specialise in the carriage of livestock to slaughter houses.

That would have given him something to write about.