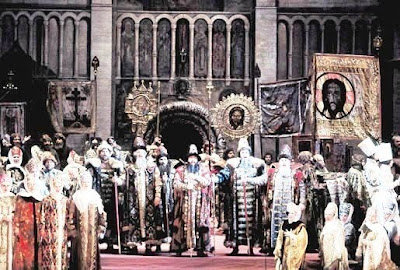 So Mr. Alan Milburn is to be Tsar of Social Mobility. Historically, Tsars do not have a good record for administrative effectiveness or social mobility. This is why the Russians got rid of them and before then assassinated a few. Putting Alan in charge is roughly like appointing Dr. Harold Shipman to head up Age Concern but perhaps I am defaming the medical profession.

Social mobility occurs when the economy grows at a rate greater than that of the population in conditions where significant structural change occurs. This means real growth and real change and not artificially induced fixes of the figures for political reasons.

We are told that the financial sector has greatly increased in importance. This is concentrated in the South East and we hear loud wails from its chieftains that huge wages and bonuses are necessary to attract the best and brightest of the world to extract more from our economy to bet on its products.

It seems to me that if you bring in a lot of people from elsewhere into the highest paid jobs in our economy somehow this will reduce opportunities for the native population (me, my family and my relatives). If their profits and incomes have the effect of reducing ours this will exacerbate the effect. We are less likely to stay free from debt or to accumulate capital or savings.

As a person with a beady eye for the realities of history I have to point out that in the past a good deal of the social mobility of the UK occurred amongst the males. The females mostly were engaged in marriage, child bearing and certainly in the higher classes did not have paid employment. Sometimes they married below their station which could bring up their sons a peg or two. Sometimes, higher, and then pulling up other members of their family.

When we went for Equality this has had the effect of putting virtually all the upper and middle class females into the employment market in direct competition with males at entry level and junior management. Although at the topmost levels we may then find a relative shortage of females there are only a small number of those jobs.

At the middling and supervisory levels, however, the lower rungs of the ladder are occupied by many more females and I suspect largely from the middling or upper orders. In short, for your average male, depending on the extent of economic expansion there can be proportionately less room in times of growth and a lot less in times of reduced activity or contraction.

You will be very tired of me telling that in the old days chaps used to start at the lowest levels, then work there way up by part time study over many years. Today, however you need a degree, largely by full time study away from home. This is both too great a cost for many and a significant disincentive for others who would rather be in work than sitting around classrooms to little real purpose.

More and more often you need a second degree for the better opportunities. Added to that in some spheres, notably the media or entertainment, you are faced with long periods of zero income and dependence on others.

Unluckily, for native males starting at the bottom has become less easy as well. If the rate of immigration exceeds the rate of growth and the extent of employment legislation and regulation impacts heavily on job recruitment then both native males and females from lower income families will be up against it. When quota systems for balancing ethnicity result in recruitment excluding native males or females from many areas in the public sector, then even the bottom rungs of the ladder cannot be taken by many of the lower orders.

There is another complication as well. Once you worked until you dropped, now we have the notion of “retirement”. It could take some years to work your way up and seniority in status often coincided with age. Today, our irresponsibility in the way early retirement is dealt with has allowed a large proportion of the work force to be dumped out in their 50’s and recently in their 40’s.

Consequently, there are many to who lose the chance to make the final stages and I suspect this may impact on many whose origins are amongst the less wealthy a great deal more than on others. It may seem paradoxical to suggest that all the people ending work at or around 50 could impact on social mobility but it is one factor amongst many.

So all the talk of increasing social mobility in real terms is just that. In order to allow this then we have to hugely increase the rate of real economic growth against all the odds and forecasts. Moreover, we have to do this with the existing population if those people are to have any chance of mobility.

The only way to deal with the present situation is to change the world as it is. There is not much chance of this in terms of growth. But we can no longer go back to the near past or any time when social mobility was greater. New means will be necessary or perhaps old ones with an ancient tradition.

I am thinking of establishing a war band in my own area and if I can persuade other war bands to accept my leadership as a Warlord we could be in business. What I can promise, for the survivors, is social mobility on a scale undreamed of in the recent past.