Ups And Downs Of Life 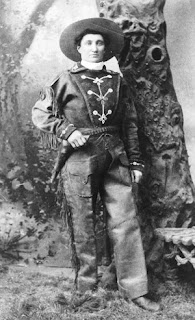 When politicians say that they want more social mobility they should be careful what they wish for, it might go up or down. The 19th Century may have allowed upward movement but there was a great deal downward, one effect of large families with more children surviving than in the past.

Our problem is basing our ideas on two dimensional perspectives of the class structure and the belief that this is somehow rigid and mechanical in its workings. Reality, as ever, is chaotic, very complicated and subject to all the chance and unpredictable fortunes, or not, of life.

Take Mark McDonnell, 10th Earl of Antrim, his Countess, Jane Emma Hannah and their family. Her mother Harriet, became Mrs. Whitbread and was formerly Macan, born Sneyd, who remarried to William Henry Whitbread, head of the brewing company which allowed large portions for the marriages of her daughters.

Initially, a younger son sent into the navy was going to have his own career. His wife was the daughter of an Army Cavalry Major, Turner Macan of Carriff in County Armagh, one of a minor Ulster gentry family who went to India to make his name and fortune. Carriff is now a garden centre. Mark and Jane with their growing family could hope only for a modest prosperity that would allow them to educate and place their children.

But by one of those quirks of Irish politics in the late 18th Century the 6th Earl secured in Letters Patent the reversion of the Earldom of Antrim to the female line in the event of no male heir. Mark was plucked from the Quarter Deck in 1855 to take over the title and estates of the Earldom and the name McDonnell.

This was a twist of fate as he had two elder brothers, both of whom died early and childless. They had succeeded their mother who before that her eldest sister, and then their father who had secured the special favour of a female descent for his title. But there was more to come.

The later Antrim’s were at Court at the turn of the 19th and 20th Century. One, Lady Jane Grey McDonnell, who left a private printed memoir in 1938, married Lord Clinton, Aide and Secretary to the Prince of Wales. Their daughter, Fenella, married John Herbert Bowes-Lyon in 1914, who had a younger sister Elizabeth and the rest is history.

This is just one small part of the family, other connections are strewn about the Burke and Debrett listings, Home, Lichfield, Bicester and others. But many are not.  Where are the rest of them?  The vast majority have gone off the radar to be found only by grubbing away in the ordinary records going down the scale of status and income.

For example an aunt of Jane Emma's had married a Liverpool business man and had a large family. One of her grandsons became a watch maker who died young and broke leaving his family among the lower orders of Liverpool. Not far from them were some McDonnell cousins and connections, again from the wider family.

Within the limitations of the ups and downs of our own families there is a rise and fall. You start one thing, then another, are lucky or unlucky or make right or wrong decisions or enterprises, make the right or wrong friends and networks and it will be different. Also there is health. One day it is all go, the next it all changes.

There is one key difference today however and that is Education.  In the past in the Lower and Upper reaches of the middling orders, the pump house of social mobility, it was possible to move up without a great deal in the way of formal education.

Today we are at the point where it is necessary to have a degree and to be in formal Education until the age of 21 at least to obtain the equivalent of an entry clerical post. In short, the Education system and the way it is managed and used has become the major obstruction to social mobility.

Below the aristocracy and super rich, it is not class or money that matters but how long and where you were educated. As lotteries of life go, this is even worse than any of the former obstacles.

The watch maker above as a last throw decided to join one of the gold rushes of the late 19th Century and seems to have died in the Dakota territories. Did he ever meet up with Calamity Jane, pictured above?