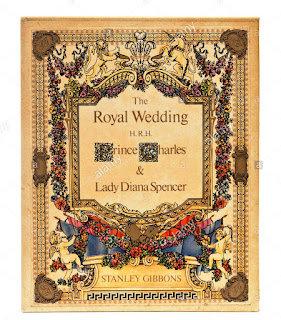 The attention given to the twentieth anniversary of the death of Princess Diana is a media luxury we could do without given the real problems of the present and the way things are and are going. I would have preferred to avoid this but it is a good example of the media at its worst.

When the couple married in 1981 we were far removed and had no TV to watch. We were in a tent by St. Tropez and there were rumours that Brigitte and others were in town. What moderns like to call a "no brainer" in terms of immediate interest.

In any case, by then I had come to the view that the 1485 Battle of Bosworth had been won by the wrong side and that the lines of monarchy that had followed were not the right ones. Quite who should be monarch at present is a matter of dispute among the many of Plantagenet descent.

Diane was one of the Spencer family. In the long past there have been some it would have been unwise to lend money to or have some sort of contract with. They had ways of their own which were not those of others and lived in the other worlds of the British aristocracy. Her education had a number of gaps.

Their never never lands may have been in part the same but there were many differences which would have created problems for any marriage, let alone one always in the public eye and subject to detailed scrutiny by people, some of whom were enemies and worse some who were friends but just as bad as the enemies.