Going By The Book 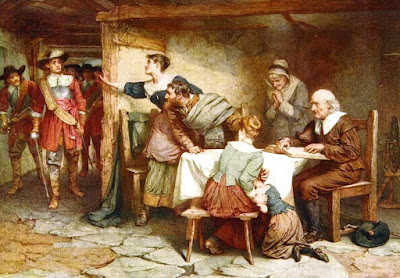 If you heard the low moan, I apologise, it was going to be a bright nice day, but then the name Harriet Harman appeared in the press. And yes, there was mention of an historical figure, Margaret Thatcher, nee Roberts. Remember, the one with the hand bag, or was that Tony Blair?

One generation has been born since her time as Prime Minister, another died, and in between the effect of outflows and inflows entailing increases of population, let along internal movement, but Harriet cannot let go.  Does she still build Lego council houses to prepare her for planning legisation?

On Monday, 30 July 2012 in "Harriet's Little Secret" I pointed to Harriet's aristocratic family and their connections, notably the Chamberlain's, Joseph, Austen, Neville and all, not the sort you find in "East Enders" or "Coronation Street". Bow down ye lower middle classes and all that.

Then on Tuesday 10 June 2014 there was "Singing For Her Supper" when she joined the Alt Left demands to cut the Arts spending because the money was for the white upper classes. She had neither done the most elementary research nor run the figures and was talking complete nonsense.

"Spreading Harmony" on Wednesday 11 February 2015 discussed her plans for a fleet of pink "Battle Buses" to travel the land handing out benefits on request to single mothers and diverse others. Minimal awareness of the needs of logistics might have told her that this was a hugely expensive, impossible to manage and very hit or miss idea, that would be mostly a miss.

Then Wednesday, 13 July 2016 "Music To The Ears" refers back to the first of 2012 and again refers to her Chamberlain genes. It is indelicate to mention this, but Joseph Chamberlain in the 1880's went to the electorate of his time, which was of rapid industrialisation and severe agricultural depression, with the idea that giving three acres and a cow to each agricultural labourer was the solution to the problem.

Even Margaret Thatcher, who was descended from ag' lab's, might see that this one could never work, or would only if you had a major population crash due to starvation. Alas, she thought that property and finance would answer all our problems as did others. We are about to find out that it doesn't.

Looking for  periods of the past when the going was very rough one is the late 17th Century when people turned to religion rather than economics to answer their prayers. One of the most strict of Biblical beliefs and anti Bishop's and the elitism of the time were the Presbyterians, and among the most severe were the followers of Richard Cameron, The Cameronians.

Ms May has Scot's Patersons/Pattersons in her ancestry, and sure enough nestled among the names in the list of the major followers of Richard Cameron's Covenant is a Patterson.

Could someone give Harriet a Bible and tell her to start reading? Revelation tells about the Seven Last Plagues, it should be just up her street.