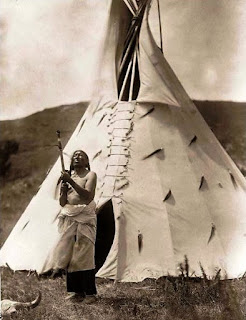 At the centre of the debate about the meaning of the Presidency of Donald Trump are the questions of what is America and who are the Americans.

If nothing else his individual style of governance and off the cuff ideologies have brought out the realisation that the USA is not what it was and it is unclear what it will be.

It would be interesting to know what Jane Austen might have thought about America, but her ideas will have gone into the fire that her sister, Cassandra, made of most of her papers and letters. What is little known is that Jane can be connected to the Battle Hymn Of The Republic.

When Francis Scott Keys wrote it during the Siege of Baltimore, the Brit' in command outside was known to and probably acquainted with her through their mutual clergy and extended family contacts. His wife was a Marianne and the centre of scandals.

Time has moved on since then. A few days ago the BBC Proms did a double bill of the musical "Oklahoma", the original stage version is from 1943 and the film 1955 the show being centred on the Territory becoming a State Of The Union in 1907.

A big show stopper is the chorus celebrating this about farmers and cowhands being friends and should now stick together. The USA at that time was driving to the West with migrants both from America and Europe taking the land. What we call First Nation now was not mentioned.

The Trump's however stayed in New York and went into money and property and did very well. The erstwhile farmers and cowboys found their new paradise turned into a dust bowl in the 1930's. The poverty stricken went west to California and were derided as "Okies" migrants, see John Steinbeck's "The Grapes of Wrath".

Two and three generations later in turn they are now coming to terms with other migrants from many places. Only California has a large population and in terms of size and wealth outstrips many independent nations of the world.

It is not surprising that many Californians now wonder why they need Washington DC to have final control of their affairs and soon there may be a real push for independence.

Perhaps the farmers and the cowhands are going to start falling out again. Perhaps the Supreme Court may decide that the "First Nation" remaining people are the ones who matter and really own the land, it could happen.

But the diggers and sifters of the past, the archaeologists and geneticists are coming round to a different view, that the real First Nation people may have been from the East.

With China now buying up so many of the assets of the West with it seems unlimited funds, however created, this is back to a past we can only imagine.