Paying For The Past 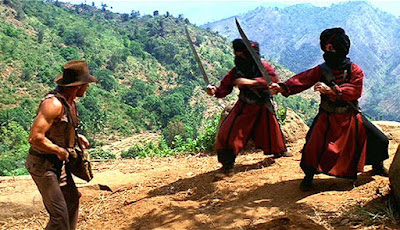 A leading figure in Poland has called for Germany to pay reparations for the invasion of 1939 and its consequences. The idea of requiring a state to pay for old wrongs of the past has become a commonplace in the present. Where a state is running deficits or politicians want votes by expensive promises that need funding; it is easy and popular idea.

In this case I have my own plea. The Second World War played havoc with my childhood one way or another, should I too with others have a claim against Germany? But, there is an issue. That is, among the population of Germany today there is but an ageing dying remnant of the adult Germans of 1939 to 1945.

Of those, there are some who spent their time in the concentration camps as enemies of the state and who are now German taxpayers. Should they be obliged to pay for a war they opposed or spent as forced labour?

The UK is often the target for reparation claims by states formerly of the British Empire for various reasons. But why should I have to pay? It was 1959 before I first cast a vote by which time most of the Empire had gone and almost all of the rest was going. Many of my generation were conscripted and sent abroad to clear up the various messes.

The great majority did not want to be involved and detested the whole business, whether it was chasing the Chinese out of Malaya or trying to stop the Greeks and Turks turning Cyprus into a cemetery.  Many did not want an Empire and believed the sooner we were out the better and leave them all to it.

My parents first voted in 1929 when the Empire was already established. For ordinary people mostly educated in Elementary Schools until 14 it was "over there" known only from the pages of the lower press and the ramblings of the BBC and politicians unless they had been unlucky enough to have had to sweat it out in a barrack block or on a lower deck.

Almost all of our present vision of this past relates to the upper class and their engagement in Empire. Going back further only a minority of the population had the vote and were even less well educated if at all. Also one can wonder how much benefit they had, including those in the armed services.

In the 1820's the 4th Light Dragoons, later Hussars went to India for a twenty year stint. In that time some 740 men and 34 officers died of disease alone. This was typical. All those surplus sons of Ag Lab's and the poor who signed on if sent abroad were more likely to die of disease than battle. This is a cost never calculated.

The Raj in India was but one more period of Empire in the sub continent which had seen other Empires come and go since at least the age of Alexander The Great Of Macedon. The result had been many populations whose class structure was that of a warrior elite supported by servile peasants. Caste was often paramount in the social structures.

The Raj gave a period of respite from many of these wars once it had asserted its power in the late 19th Century. It was this that enabled the transition to a modern economy. The warriors later became the armies of India and later Pakistan.

In the second half of the 20th Century there has been migration into the UK. Should they or their taxpaying children and their children, a large number from the Sub Continent be required to pay for whatever wrong was done in the first half of that century and before? Never mind the generations of British who had little or nothing to do with Empire.

If the British are required to pay, what about with ancestry from other intrusive imperial forces, the Mughals, Mahrattas and others who piled into the riches of The East? We could go further, some of the leading elements of British expansion were the Scots, I have referred to The Scottish Raj, they could be asked for a premium.

But this is not as simple as it seems. James Skinner of Skinner's Horse (1st Bengal Cavalry) was the son of a Scottish father and an Indian princess, and lived an Indian lifestyle. If any man is The Raj it is Skinner.

I wish I had known this when young, because in the Army, a chap, a colonel across the corridor, had served with Skinner's Horse in Africa and Italy in World War 2 transferring to the 17/21 Lancers in 1947. He was one of the leading polo players of his generation and when with the 17/21 they were the best team in the Army.

So while we may have given the Sub Continent cricket, they gave us polo. But there was a lot of giving and taking and many losses and gains on both sides. Asking the young generations, entirely removed from those of the past, to pay for what was done by generations of the long dead in a different world is a wrong in its own way.

Especially when those doing the demanding are often little different from those who did the worst.