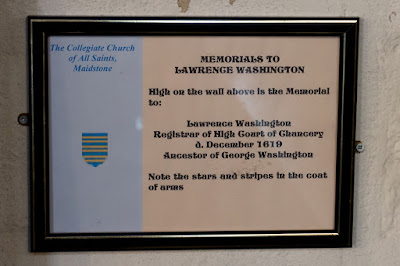 Listen to me George, just listen. Yes, King George III is short in the marbles department and a few other things, but in the last analysis he is a nobody. I and a few friends have been talking to the people that matter. And they are not the people you think they are.

We might break away from King George but we can't from the pound, the trade and the people arriving who want to stay with their people back home. These are the ones who matter, not all the Dukes and Earls you read about in the newspapers and their horses.

We over here create our own constituencies and send our own people to Westminster and the House of Commons. I have put out feelers to the right people and they reckon they can swing The Speaker and other key men to let them in.

They may not be many but if they stick together and work with other small groups it can happen that they can make the key decisions because their support will be critical in the House. With a few of our people then put into The Lords, we will matter and matter a lot.

Forget cotton, ours is not as good as the Indian or Egyptian and our techniques are not up to it. Also, it is bulk cargo, we need cargo to send that pays better. Just beyond are Colonies are mountains, so what have they got in them?

Think George, if there is gold and silver and other things we are on our way to power in Europe as well as over hear. We could put a stop to all this nonsense about allowing the lower orders to vote or teaching them to read and write. It has too many dangers.

If we ally with our Caribbean neighbours as well, according to Colebrooke and Nesbitt we will have a hold on the key markets in The City of London. Who controls The City controls the Cabinet and what is more the East India Company.

We could take the Scottish system of bound labour and apply it across Britain and Ireland and extend it to many other trades. First would be to make all agricultural labourers and factory workers bound in the way that Scottish miners and saltsters are. And the same would apply here.

Think of the future George and most of all think of the money. This Independence idea will never really work and if you are not careful you will find yourself having to give in to the lower orders.