Fiction Is More Interesting Than Fact 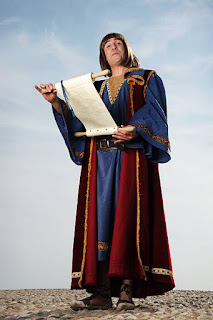 Recently there has been a good deal of coverage about fake news etc. in the media raising questions about what can be trusted and who. The answers seem to be little and few.

The National Archive at Kew has a number of events on Wednesdays in August, we have been a few in the past and not only are they interesting but they open the eyes to what is said to be history but may not be quite as we thought it would be.

On the 2nd there is "Sorcery And The English Royal Family" on alternative facts in 15th Century England, nothing to do with the present, I think. On the 9th "Making A Martyr" how child murder libel was born in Medieval England.

The 16th is "Ambassadors And Arms Dealers" in 16th Century Italy. So what changes? The 23rd "Unloved, Ignored and Misrepresented", the Victorian paupers in their own words, perhaps your family.

Lastly, "Hitler Lives!" about alternative facts and conspiracy theories. As a child I used to claim that the grumpy neighbour who disliked our street games was in fact really Adolf who had become a clerk in a local factory, claiming to be Polish.

Truth it seems is often more elastic than lies.