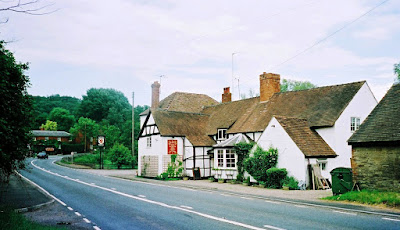 There has been a good deal of comment on the continuing fall in the number of pubs as well as other changes which are leading to a time when the British Pub as we have known it is no more. The main complaints are from smokers who assert that this is the key reason.

It may well be one reason for a number of people, but it is more complicated than that. Pubs were once an integral part of my “lifestyle”, often I have told a licensee that I have been thrown out of better pubs than this. In the near sixty years of going to pubs there were many changes.

But going to the pub became rare and has now virtually ended We have more or less abandoned “going out” to one for an evening or even a lunch.  The reasons are complicated and have little to do with the health issue, i.e. tobacco.

This may well be a factor but there are many others.  One reason is the prices.  Our income has not kept pace with inflation and the cost has risen quite rapidly.  Given a wet cold night, the choice between going out and opening a bottle at home with something to watch of choice on a wide screen with high quality sound system is a real one.

The other issue is the going out.  All the old style corner locals have now gone so there is no chance of slipping out down the road for a quick one or two.  It means going into town to the pricey drinking halls full of yelling teenagers or using the car.

If the car then enter the breath testing and the consequences of being over the limit even slightly. Whoops goes the car insurance with a black mark on other things.  A danger here is the many gung ho and none insured or licensed drivers in our vicinity.  The prang rate is high and so is the chance of being tested.

Nearly all pubs now have become dependent on their catering for revenue.  They do not want some old geezer and spouse taking up a whole table sipping away at a pint or two.  Not when there could be customers looking to eat and to spend a lot more.

Too many times have I looked up to see a sniffy young waitress asking when I was going to eat.  The reply “When I’m hungry” often ended up with an early exit.

The catering aspect connects to another problem.  In the last 20 to 30 years there has been a huge expansion of eating places of all sorts in both town and country.  These are in direct competition with the pubs.  As both essentially depend on the same food manufacturing preparation and distribution systems it is simply a choice on the style of place you want to be in.

Then alas, there are the kids.  On the continent there does not seem to be much bother with families out together.  In the the babies always seem to have that enraged howl that indicates that they do not like where they are.  All too often there are the feral kids running wild, yelling and screaming and knocking drinks over and the rest while the parents argue.

For us the provision of loud TV’s and sound systems in many places is a distinct issue.  Whatever is on it is the level and often badly amplified sound that it very hard to take.  At anything over 70 dcb for us it is impossible.  Fine, we may be marginal customers but it is at the margins that profits matter.

Behind all this is the looming presence of the Pubcorps with their private equity masters that are looking for a high rate of return on investment and want to churn their portfolios to maximise share values.  This is bad news for the publicans who have been under the cosh and there have been ugly stories about the way they have been treated and exploited.

Then there is the raft of regulation in recent years applying not only to standards of operation but to employment and related matters. Running a pub now entails almost running a bureaucracy in terms of the administration to be done and this is an added cost.

So the number of pubs has declined rapidly and the whole system becomes almost a given pattern of food outlets geared to selling the latest factory products based on the latest TV series.  I ate better in the British Restaurants of the 1940’s. But over the generations what a pub is and did changed. The innkeepers in the family would have known this.

If you look at the pub pictured you can just about make out the original part of the building and where the attached forge would have been.  Back in the 18th Century it was run by a blacksmith publican whose name and DNA were the same as mine.