For Whom The Bell Polls 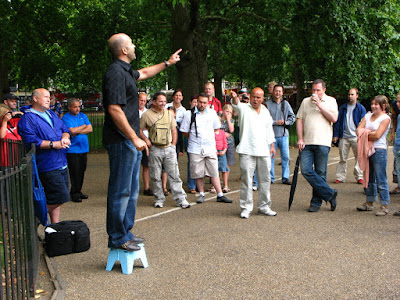 Long, so long ago, when the internet was young, I was less old and we were all starry eyed at the marvels that came onto our screen after only a half an hour or an hour long download a web site was born, a poll for government and politics.

Ever one for a freeby and eager to earn the points that would allow me to do more for less I signed up to Yougov. Not least was the feeling that I was now at the centre of power and making my mark. And it was so simple. At least the questions were simple and the structure of the poll easy to understand.

But as time went on, not only did I grow older and wiser to the devious ways of the online world (OK I know get on with it) so did the Yougov site change. It wanted to know more about me. It's questions became more complex. The polls were taking a lot longer and imposing on my tea breaks.

More to the point because the simplicity had gone, there were rafts of items offering choices which often did not suit my individual thinking. It was low level gut response in matters which needed thought. Often there was no scope for balance.

It became tiresome and when the e-mails dropped telling me about another poll, I began to skip them and for a while now have just deleted. I really could not be bothered to spend any real time and I no longer trusted either the structure or the questions.

Which brings me to the size of the samples etc. and how this is now. When it began the political parties and their people were naive about the polls, possibly because they under estimated their influence or possibly because statistics was beyond them.

Now, it is my opinion that as you have to volunteer for Yougov and others it is likely that the political parties have people who are gaming the system. Given the size of the samples, the complexity of the polls, and the rest, my view is that now they are too easily manipulated by relatively small numbers.

None of this will change my mind, because as a postal voter, mine has already been cast.