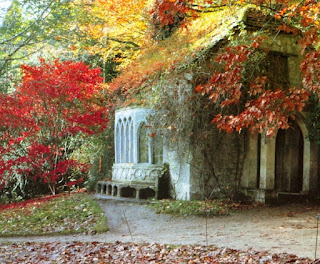 It is difficult to avoid the disaster of Grenfell Towers and the tragedies that have ensued. To debate or comment needs care given the rapidity at which the story unfolds in both the media and on the web. Sometimes too rapidly for the editors. The Mirror online had a story on the question of sprinkler systems at Grenfell Towers along with an advert' about "Stinging funeral costs avoided by savvy over 65's".

Of necessity, the Prime Minister has stated an inquiry will be held if only to claim that something should be done and will be done. The key problem with inquiries of this kind is that they take years, become an expensive battlefield for armies of lawyers, confuse every issue and then report too late to be effective.

In the late second decade of the 21st Century with worldwide media, communication and information systems, let alone numbers of experts instantly on tap, the right method is to set up a capable team to pull it together to produce an analysis document of the key elements within weeks or even days.

The majority of our tower blocks date from the second half of the 20th Century. It had become fashionable for local authorities to have Chief Architects with large departments for whom big projects defined status and masculinity. Councillors liked them for much the same reasons. They proved that "something was being done" by virtue of the their physical impact.

What was worrying in the 1970's was that proposals often defied rationality, notably in mining districts riddled with subsidence going back centuries. To look at the alternative ways of meeting housing needs could mean a lot more time and trouble and attention to detail, despite being much less costly to both provide and maintain. In committee a chest beating chairman was all too likely to want a tower block.

In the case of Grenfell, the reports I have seen say the Kensington and Chelsea Council is the "owner", that is the freeholder. On the web property pages there have been flats for sale as leaseholds. The variations in price suggest large variations in condition and location within the block.

These leasehold prices seem to be way beyond the resources of many of the occupants who necessarily will be renting. Three questions then, what are the typical rentals and what are the ground rents payable by leaseholders to the freeholder and what are the annual service charges payable to the property management service?

There seems to be a Resident's Association, but does this represent all of the leaseholders, or only the rentals, or just those who are there? In terms of the current legislation is this Association a voluntary group or does it have the legal standing of a limited company?

It is claimed by the Council/Freeholder that the question of sprinkler systems had divided views among the residents some of whom feeling that the disruption and cost of installation was not needed. I believe it is often the case that when it comes to spending money in flat developments many residents want low cost as a priority.

A good deal of comment at present is saying this is the result of poverty for many of the residents who are low income and of deprived families. But how can they afford then to live there? The answer is the benefits to which they are entitled. What is that total? Say somewhere between half and a million a year for the block?

Which brings us back to the question of who owns the leases. 120 flats mean 120 leases and if the residents of most or many are rentals someone somewhere could be making a great deal of profit on the system. Just who might we be looking for in that area with the kind of money and incentive to invest in this kind of property?

This is something I suspect that will not be covered by the government inquiry. But then that might be because they will never really find out because the leaseholds might be owned by a chain of companies located offshore or else used as security for credits for borrowing for financial dealing.

Only their cladding will be a lot more protective than the kind used at Grenfell Towers.