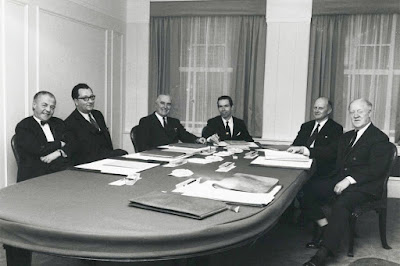 Housing and property have been central to UK politics for long while now. As the parties have striven to out bid each other, so the promises made become more wild and the costs greater.  A couple of links will explain this.

This from the LSE is brief and succinct and explains the general history without becoming involved in much debate about all the current policies etc.. It says about them that it is evident that these measures are failing to defy structural economic gravity.

A fuller discussion comes from biased.bbc.org Nil Desperandum in "Towering Injustice" of 23 June with two videos. The first is a brief item of one minute twenty seconds saying it has been a bad business.

The second is a full fifty minute documentary from 1984 "The Great British Housing Disaster"  which tells us a great deal about the present one. What is signal in this is that the men who actually did the building tell us what they did, or rather did not do.

It is a shocker, a tale of power crazed politicians, ambitious architects, property companies seeing certain profits, contractors making empty promises and workers paid by the job cutting corners quite literally. It is not a horse that bolted, the bolts were never there or fastened.

In 1984 all this was known. We have been paying since then for it and are now going to be paying more.