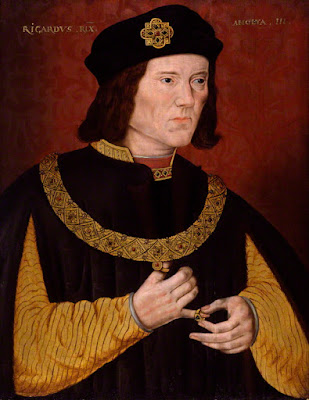 During the noisy racket in the House of Commons Boris Johnson, when declaring for "Out" of the EU uttered the word "Sovereignty".  It is a word that we may be hearing more of in the Long March to June.  If he implied that before we signed up in the 1970's the UK was a sovereign state then I regret he is mistaken, it is more complicated than that.

The concept of sovereignty first came to my notice when I paraded with the 7th Armoured Division detachments on Thursday 5 May 1955 to celebrate the end of the occupation forces with the Federal Republic of Germany alleged to have become a sovereign state. Except it didn't.

Firstly for defence, it was dependent on the USA and NATO with the UK bringing up the rear with a few camp followers from other nations.  For money, it did indeed have the DM at the time which later gained in standing, but this had to contend with the almighty US dollar and rival the UK Sterling Area.

For trade and business it was already committing to joint bodies with other powers which would come to be the European Economic Community and later an imperial supra authority enforcing laws and regulations on its members.  There was also the United Nations and a number of global bodies that made international rules.

In 1956 the realities of the new world order were brought home to the UK with the fiasco of the Suez Crisis when it became clear that the UK could no longer make independent decisions in foreign affairs.  We could no longer be a Lone Ranger, perhaps not even Tonto, the sidekick however much we claimed special relations with the US, more like one of the horses, Silver or Scout.

During Harold Macmillan's Premiership this was glossed over with JFK, whose sister had married the Cavendish (the Devonshire's) nephew of Macmillan's wife, but as the 1960's rolled on the relative weakness and limitations of the UK became all too evident.  An early attempt to link with Europe had been rejected by France's  De Gaulle, who did not want a US horse as a partner.

But what really did for the UK was the disintegration of the Sterling Area, set up after the war as a Pound Block to attempt to keep some sort of authority over the various parts of the former Empire and as a matter of prestige and finance to maintain a "strong pound".  That in fact a strong pound meant a weak economy was not understood and the problems arising meant the Heath government wanting to be in Europe to somehow counter the mounting crisis.

What was clear to some of us by 1970 was that the UK for all the claims of prestige and world power and being at the top table was now a lower order power.  But our leaders were persuaded that somehow going into Europe we would then control it to our own advantage and perversely regain some of our lost authority and for that matter shredded sovereignty.

Back in 1959, as it happens, I had done a long academic think piece as part of my studies, it was on the subject of sovereignty.  Basically, it was suggested that the more embroiled in foreign affairs, whether by empires, wars, alliances, economic needs and obligations that a state was the less it had real sovereignty in that too many compromises and commitments had to be made.

Before 1914 we may have more or less ruled an Empire.  After 1919 increasingly the needs of Empire began to dominate our own decision making.  Our monetary system being international meant we were keeping the pound "strong" when it should have been left to float and find its truer level.  Our trading in goods and especially finance often meant giving way to others at the cost of home affairs.

So going into the 1970's and the entry into the European Common Market we were by no means sovereign.  With time we have given up more and more authority to Europe often reneging on or avoiding past commitments which might have been kept on.  So if we exit Europe we will have to understand true sovereignty.

The need to be able and willing to make up our own minds and order our own affairs and govern properly a democratic and truly independent state is an art we have long lost and will have to learn.

The way Europe is going it will be worth it but it will not be easy.  More to the point it does not mean going back to the 1960's.  Also, it means putting our former colonial cousins, the USA, firmly in their place as well.