Raking Up The Past 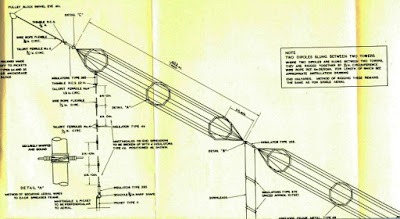 Watching TV, an item from decades ago, a lovely actress appeared and I realised that long ago she lived three houses up in the same street.  Did we really swing around the lamp post all those years ago?  She left early when her father earned a promotion and they could afford to rent a better house.

This led to a look at other thespians and one thought to be younger turned out to be older although not by much, but in the age range for being liable for National Service, as it proved. As actors can be touchy on the subject of their early life and careers, I am being wary and naming no names.

But it is not surprising that he might be nervous because what he was doing was signals work that was part of the intelligence services monitoring the Soviet forces for GCHQ.  To have that on his CV or well known could be very embarrassing.

It is unlikely he volunteered, if only because being in deep country distant from major habitation doing endless shift work may be a cushy number in some ways but was not a lot of fun.  This is what was involved, deletions needed at a couple of points.

The main object was to determine where any significant Warsaw Pact activity was based, and what type it was; and particularly if there were any significant changes in activity which might indicate the preparations before hostilities. We were also on the lookout for any novel type of signal because this might indicate the introduction to service of a new or modified weapon.

This was done by listening (using steerable directional aerials) to radar signals from ground troops and aircraft. Due to the one way path from the (enemy) transmitter to our (friendly) receiver, the system didn’t incur the enormous losses when signals are scattered from a radar target and a small proportion reflected back to the radar receiver. Consequently signals could be detected by monitoring, way beyond the active range of the radar.

As stated, the signals were listened to via directional aerial systems; and radar receivers of two fundamentally different types. The more sensitive type of receiver was tuned to a narrow band of frequencies, so it had to be re-tuned  in accordance with a schedule so that all sites were listening at the same time to this frequency band.

The much less sensitive technique used a “crystal-video” receiver which was not tuned in any way. This was very basic, and received all the signals in the band to which the aerial and receiver horn responded, but had a relatively short range. In both cases the operators used headphones to listen to the audible tones and pulses from the radar receivers.

Pulsed radar signals differ between types, and after rectification, they can be made audible thereby aiding identification. Airborne radars with a relatively long range had a low pitch whilst shorter range radars used for gun-laying had a higher pitch.

The monitored signals were viewed on a simple CRT display to aid maximising the signal by rotating the aerial dish, and recorded on Ferrograph tape recorders. Comparison between tapes allowed experts to decide which signals emanated from the same radar. This process was helped by recording a coded synchronising track (locked to the BBC pips) on the tape.

Most of the signals being monitored were in X-band (9-10 GHz) with a wavelength of around 3cm, and most of the dish aerials had a diameter of around 1-2m, giving a receptance angle of around 2-5 degrees. (Effective angle would vary with strength of signal being received).

Consequently to be able to differentiate between adjacent sites, the receiving stations had to be set well apart, and this is why in addition to (deleted), (deleted) were considered so important as listening posts.

Simply receiving the radar signals gave us no information on our distance from the transmitter, and transmitter sites had to be deduced by triangulation using the angle information from our aerials. HQ gave instructions as to which sectors and frequencies to monitor.

During my year with (deleted) I worked in the development laboratory giving support to the listening function, testing new techniques and occasionally installing new equipment.

So here we have a young man, quite likely still in his teens, after a limited period of intensive training, engaged in highly skilled work of critical importance.  Perhaps he went straight from school at 18 into the forces.  It is probable that any of it would have been new to him.

This is not an appeal to bring back National Service.  I am flat against that, it can be a harsh tax on the young.  But the question is why we require so many young people to spend years into adult life in academic institutions with lengthy vacations at great cost.

Too many at the end are untrained and unprepared for a working life.  Why is it not possible to provide effective intensive training for many areas of work that take a much shorter time and enable them to earn good money when young?

One intriguing find on the actor in question is that he may have been resident in the Municipal Borough of Finchley in 1959.  That year their new M.P. was Margaret Thatcher, who would have been his M.P. another matter to be omitted.

The past is a strange country.