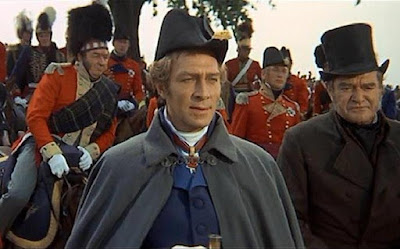 It is not looking good, if it ever has been in the last few years.  Those of the doom and gloom schools of thought have more than enough news and information for them to ply their trades.  In the USA a good dump of snow in New Hampshire should confuse a few issues at the Primary elections.

Zero Hedge along with Secular Investor suggest that Deutsche Bank is in trouble and could trigger a great many adverse financial effects.  One relatively minor matter in the great scheme of things is that the bank has a lien on the freeholds of a great many UK leasehold properties.  This could get ugly if as in the USA title to them disappears down the financial computer plugholes.

But it is the EU debate that has had a great deal more coverage.  One serious concern is the lack of clear leadership and direction in the Leave campaign.  Despite the views of many voters it is feared that the initiative could be lost to the big hitters of the In groups who have the leaders of both the Government and Opposition in their pockets.

Despite their obvious interest and own position in the Europe matter we cannot expect The Royals to mix it and to attempt to lead the Out's.  But where I ask is our aristocracy, in particular the Dukes?  They are nowhere to be seen or heard.

The idea of inherited status, wealth and title is out of fashion in these democratic days when we worship celebrities and sportsmen but they are still entitled to have a view and speak their opinions and in something that is extra-Parliamentary to lead if others will follow.

Here are four lists of Dukes, Marquesses, Earls and Viscounts, not complete but just picked out, not quite at random, in a swift look at the titles.  Of the Earls many are left out.  There could be errors in that the present holders are not able to lead but there ought to be some who might.

There are names among them that shout out from our history, the descendants of men who did not and would not surrender.

Where are they when you need them, especially as the Europe vote could be a damned close run thing.