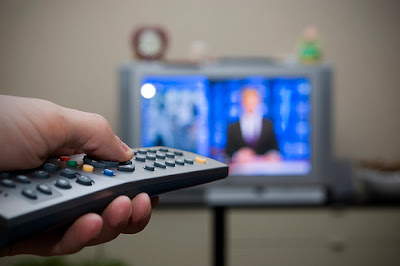 BBC Radio is older than I am, but TV is younger. Consequently the BBC one way or another has always been there.  It has not been just the sound and vision on the various boxes owned or used.  There have been many live performances or recordings dating from the 1950's when I was there, sometimes alongside the mikes, the cameras and the control decks and in a handful of programmes.

There has been much to be grateful for and many programmes that have been enjoyed or appreciated, although rather fewer these days.  But like many other organisations the BBC now is what is was then and we are in a different digital and visual world.

One reason why the change has seemed to be a rapid one is that for TV it has only been two to three decades since we had only a handful of channels and news sources.  Had we been permitted to have a much greater choice in the past there might now be two or three generations used to far more choice and differences as opposed to one.

For all that the actual organisation itself has grown and grown and has come to epitomise all the wilder theories of managing that can be found in the textbooks on organisation and management.  At the same time rather than be many voices, politically it is becoming one.  Despite all the effort and activity it seems to be more limited in the nature and type of output and far less original.

The news programmes in between the endless noisy self promoting clatter are more predictable, selective and not in the best ways and tending towards the sensational.  The discussion or interviews have become tiresome, aggressive and headline seeking rather than being informative or balanced.  There are a lot of other qualities that have gone missing in action.

In an increasing number of cases the actual research and analysis that goes into key material is becoming poorer and more sketchy.  Whether that is the result of using low paid short term interns to get out stuff for the celebrity presenters or just being in too much of a hurry and having a contempt for the audience is a question.

As a state broadcaster it is only the government that can decide what is to be and who shall do it.  But the government is made up of politicians who do not want bad news or to upset the BBC too much because their running dog can bite and inflict nasty public relations injuries before it is put down.

Also, the leading politicians and the top people at the BBC have similar backgrounds and overlapping personal and financial interests.  They are creatures from the same lagoon.

The only other real contender or competitor is Sky and the Murdoch's.  We have a duopoly that may be more interested in keeping the status quo and the public quiet than any real reform or in having any relatively open media.

So what have we got online, or among the CD's or the DVD's?