Where My Caravan Is Restive 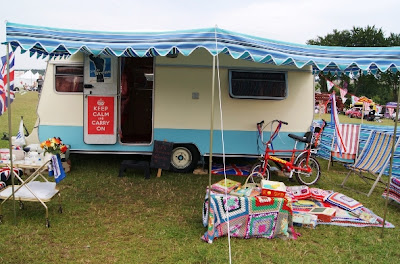 “How horrible, fantastic, incredible, it is that we should be digging trenches and trying on gas-masks here because of a quarrel in a faraway country between people of whom we know nothing.”

The quotation is from Neville Chamberlain in September 1938 in a broadcast referring to the Czechoslovakian Crisis. It is not in my memory; perhaps I was scrumping or doing something equally socially useful at the time.

It might well apply to the current worries about the Bank of America in the USA although it is now apparent that a number of UK banks are embroiled in the disastrous mortgage mess there. It is going to cost someone a lot of money. Mostly it will be ordinary taxpayers.

So it is not so far away as it seems, it could be your own bank, whether it be nationalized or not. But it is more than that. As a consequence of the default of the major property groups owned by the Tchenquiz brothers the Bank of America now has control of the relevant assets put up as securities.

These include companies that hold the freeholds to a major part of the UK leasehold property sector and also those providing property management services to a high proportion of leasehold developments, critically including a large number in the retirement sector.

At least we think that it will be the Bank of America that owns these companies. But as a great deal of assets and income streams have been deployed into leveraging a variety of financial instruments for trading and speculation, it is far from clear who really owns what. The slew of toxic debts has meant that nobody anywhere may know.

In the media reports and discussion as to what is going on, there is some UK comment but not a great deal. It is almost certain that the government will not realize that a lot of UK property assets are on the slab in the USA and what the impact and effects may be if it all goes wrong is not known.

If the Bank of America can unload this unexpected burden onto someone then who can it be? Perhaps one of the larger Private Equity Groups, probably offshore somewhere, or the Chinese, always eager for a punt, or the Arabs, persistent collectors of property assets for the long term, or even the Russians, looking to put more squeeze on UK property.

Whoever it will be, it will not be good news for those involved. The only certainties are that the new owners will want to extract a much larger amount from these investments and almost all of it will go offshore one way or another given recent deals made by the government with financial interests.

This might well happen when the US authorities whack some of our big banks for a substantial amount of compensation money that they so badly need for their own property sector. The quarrel in a far away country could become a riot at home.