When Will The Music Stop? 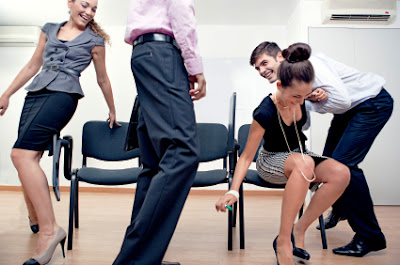 After some light relief recently, if you can call it that, it is time for some more serious matters. The Oil Drum link below is a post of about 2200 words that attempts to deal with the complications of the future.

It begins by asking how energy needs can be met other than oil or fossil fuels. This is complex enough. But then it is argued that it depends on money and that the oil boom and debt are intertwined. This is not all because on that our current political and government structures have been built.

So the changes that need to happen do not just mean the ways and means of oil supply, they entail a profound reordering of international finance and political systems.

That this may not be easy is seen in another post, hat tip Subrosa, from Planet Save on just who calls the shots in the world of today. Apparently, an analysis suggests that a small number of corporations are key to the world economy and finance.

The implication of this is that it is not the nation states that rule, it is them. They do not merely provide for the states and their governments, they provide the cash till for the corporations to take in the money.

What this can mean on our own little patch is indicated by Richard Murphy drawing on other sources showing one small way by which a small number of banks are doing well out of public subsidy.

And now for the football results, sponsored by your favourite gambling firm…………
Posted by Demetrius at 15:23