By The Rivers Of Babylon 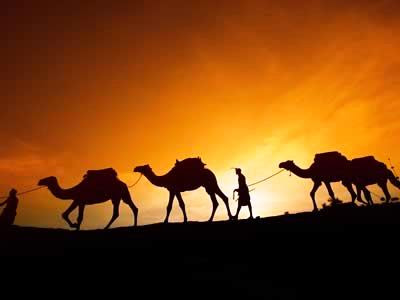 In the Oil Drum there is an article on Saudi Arabia that managed to mix oil and water. It seems the two go together much more easily than we think. In SA their water supply largely depends on oil as it is produced by desalination from sea water.

This process is not cheap and does take a good deal of oil. As the population of SA grows and as they are using more water per head in common with many other countries they are now coming to a point of Peak Water.

This is not all as there has been a policy of increasing agricultural production for their food needs and this involves extensive irrigation. Some crops are thirsty and need a lot more than others. Once grains are being grown inevitably some is then used for fodder for stock to produce more meat etc.

Additionally, SA has been developing industry and other activities some of which need augmented water supplies. Add to that the fresh water that needs to be pumped down oil wells to force up oil in areas of reserve that are reducing and it is becoming very complicated.

As SA needs to use more of the oil it is producing, necessarily this impacts on potential exports. In the event of world oil prices rising this has its effects on the overall balance of SA’s financing.

The oil kingdoms and others have been a key source of finance in these troubled times so the less they have to spare then the less we have to spare as well. The intricacies of all this have not been lost on the governments of nations who are in increasing oil deficit, notably the USA and the UK.

Additionally, in the UK the SA elite have been especially active in various ways relating to our management of financial affairs to the relief and gratitude to many of our elite; notably, those who are centred in London and need the place propping up.

What has to happen is that the government of SA will need to invest a great deal of wealth in expanding its desalination and water distribution systems. Also, as the population has come to expect cheap water as well as other benefits politically it will be very difficult to increase prices by any amount.

It this pattern repeats itself in any number of other oil exporting nations on top of their own increasing demand for fuel and petro-chemical based consumer products then a great deal of future oil production may already be spoken for.

So if the interest in what happens in Libya and elsewhere becomes more frantic in the coming months it may not be just a question of oil and gas but one of water. Perhaps the Coalition will sing Psalm 137 at the beginning of Cabinet Meetings.

Personally, my answer is to take more whisky with it.
Posted by Demetrius at 15:51