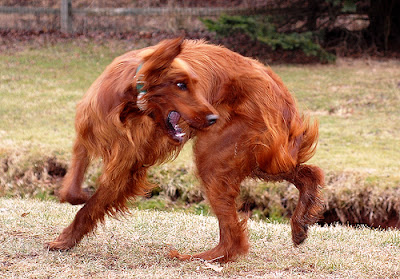 The problem is that for all the information, relentless media and floods of reports and figures very few people if any know what is going on. Not only that but for the most part they have only a hazy idea of why and that is conditioned by old ideas and the need to defer to present ideologies.

We are told that to make some readjustments to banking practice will mean lower growth or even a reduction in GDP. As in the present calculations that money which is being slushed rapidly around bank accounts counts as economic activity then just how much does it matter if there is less of this and more of sensible husbandry?

How much “economic growth” in the past has come from the effects of a host of regulations driving up costs and adding financial complications to the activities of almost everyone. Indeed GDP will go up but efficiency and capability will go down.

If you have a hound and you want to hunt with it, do you use a dog that goes after the prey or one that chases its own tail? At all levels in government and in the management of a large part of our real economic activity there is a lot more chasing of tails than used to be the case and a lot less effective work.

So much of the material is put out is spin, public relations and often plain self interest statements. All too often “sponsored research” means findings made to order with the figures manipulated or a design that is made to produce a pre-determined result.

Some recent memoirs and other revelations tell of key figures who have neither a grip on the situation nor adequate reliable information. Decisions are driven by the narrowest of short term interests. Immediate gain and high returns are demanded without much of any regard to even the medium term.

There are said to be “gaps” opening up as well as increasing “disconnections” in a world that is globally wired up and in 24 contact with almost everywhere else. We demand total privacy whilst frantically socially networking and striving for our 15 minutes of fame. We want it all so long as we all have more than the next person.

National governments have surrendered their power to irresponsible global elites. We demand democracy and then give all our attention to football and celebrities. We complain about the way the world is going and then do not bother to address the issues.

In the meantime this has been happening:

In order to pay all our debts we need “growth”, but if this is the only growth we have been getting and will get we are not going to repay our debts.

Something has to give.