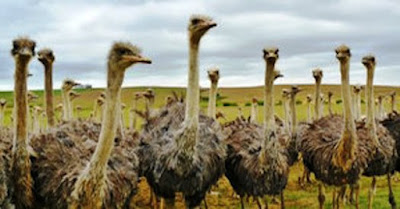 Today, 10 September 2018, we have the news that the reports of the Boundary Commissions have been published. Long overdue, they are looking at a previous age in terms of politics, economics etc. and are only doing the job they were asked to do, more or less putting lipstick on a gorilla.

They proposed a marginal reduction in the total number of Members of Parliament, coupled with readjustments which changes the balance of seats in many places and seeks to, more or less, even out the number of the electorate instead of having some with very large numbers of electors and some small.

Predictably, there have been screams of anguish and of rage and cries of doom and destruction. Democracy is said to be put in mortal peril, as if the old system was democratic, which it wasn't. Special interests want their cut, if only to prevent others from having it and the endemic problems of representation in the UK, made worse by the system, will not be solved by this.

There are times when I wish for the services of a couple of armoured divisions with supporting infantry to isolate Westminster and do something about it. But the Army is too busy washing nappies and reading up about equality to do anything and do not have the numbers to control a back street in Soho, let alone anything else.

We have been here before and more than once. This from September 2016.

Below is in part a repeat of one of my first posts, back in 2009, on the subject of what to do with Parliament when the Palace of Westminster has to close for repairs etc. or preferably demolition, if my money is involved.

There are times when I think that King Charles First had the right idea, the trouble however was Charles and his advisers.  How history can repeat itself.  In 2009 I said that the problem with the is , and it has always been .  If there has been anything damaging, and destructive in the Atlantic Isles and the reach of its activities, too often it has had its roots in one way or another.

Although has now lost most of its industrial base, it has remained the central location (black hole?) for Government, Parliament, Finance both national and international, Media and Press, Sport, Arts, Culture, and a good many other things.

In recent years a number of commentators have warned about the creation of a class of professional politicians and associates too closely enmeshed a web of greed and deceit so easily created and sustained in a small geographical area that is also the centre of communications.

They have now given us a system of government where the legislative powers have been largely off shored to their remittance men in Brussels and the money has been off shored to tax havens. The executive does its strategic planning day by day with its eye on the headlines and the civil service is a revolving door to lobby's and major corporations.

As for the economy, London has been taking in its own financial washing for some decades now, and has comprehensively wrecked the basic structure to the cost of every man, woman and child in future generations.

The quickest and best way to administer a radical cure would be to move Parliament and Government out as soon as possible.  Some time in the 1960’s a journal, was it “The Economist”, did a think piece about moving it all up to a new town to be built on the North York Moors called Elizabetha.  Perhaps, but it would be a pity to disturb the insect life there with a lesser form of species.

Before , there had been other capitals in .  One was , where King Alfred the Great held court, probably the option that would most appeal to the inhabitants of the .  To the north there might be , the old , which has excellent communications.  Further north, there is Bamburgh, now a small village, once the seat of the Kings of Northumbria.

My favourite would be Tamworth however, the seat of the Kings of Mercia, now a modest late industrial town.  It is famous for its two stations one on top of the other, Low Level on the old LNWR West Coast Main Line, the High Level on the old Midland Railway main line from to through , Sheffield. Also, it was one of the seats of the family whose decision to ride for King Henry VII at the Battle of Bosworth helped to put the Tudors on the throne.

As for the present row about updating the electoral boundaries and total membership of the House of Commons, if you keep delaying difficult decisions, they do not become easier, they become much harder as more boundaries are more affected and more members threatened with loss of seats.

In 2012 the Liberal Democrat members of the Coalition asserted their vision of democracy by preventing the government from amending the constituency boundaries to meet population changes.  It was a spectacular lack of foresight culminating in their debacle in the 2015 Elections.

In the meantime the House of Lords, as undemocratic an institution as it is possible to get has become stuffed with redundant and surplus Lib Dem's among its thousand and more expenses claimers who do little and understand less.

When the roof falls in at the Palace of Westminster, either in structural or political terms, it should be off to Tamworth, 500 members of the House of Commons at most, preferably fewer and a second chamber of no more than 300 elected on a basis of strict proportional representation. In our new digital age many fewer could do much more work, as elsewhere in the economy.

It may be that to force a decision something drastic has to happen.  Say around the beginning of November a big bang of one kind or another?