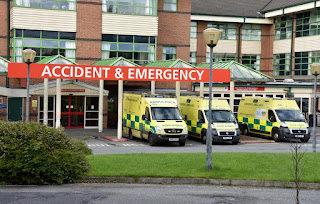 The story of teenage Natasha Ednan Laperouse, who died on a holiday flight from Heathrow to Nice, from Anaphylactic shock was two things. It was a personal reminder that you cannot be too careful if you are known to be at risk and it will tell many people what Anaphylaxis means.

This BBC item  featured on the main news arising from the Coroner's Inquest. The cause of death was not in doubt. The question was where did responsibility lie? The product, a ready take away of food, did not list all the ingredients and it was an unlisted one that triggered the reaction.

At present with the extent and nature of manufactured and processed foods and their availability, the makers and sellers now assume that consumers prefer strong tastes as well as being attractive to look at. So there are items or chemicals designed to appeal to the eyes and the taste buds and very many of them.

One factor little considered is that while Anaphylaxis is the extreme problem for an unlucky few there are likely to be rather more with either limited or greater reactions with one effect or another. We do not know the extent or numbers of these.

When they have their ten minutes with the family doctor it is likely he will not be thinking of allergy but one of the several other potential features of the problems, such as brain fog. Among the elderly there is the risk of being labelled with dementia onset. There are others.

We have still a lot to learn.