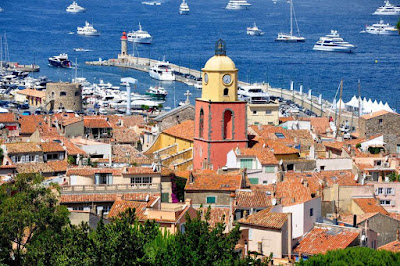 A programme, "Robbie's War. The Rise And Fall Of A Playboy Billionaire", BBC 2 Monday, now on IPlayer, centred on the battle the financier Robert Tchenquiz and his legal team have had to avoid his home being taken by creditors as part of the fallout from the recent major crash. Robert and his brother Vincent were leading figures in property dealing until 2008.

The legal team are people at the top of their profession and are supported by others.. For that reason coverage of the programme in the media and elsewhere concentrate on the human interest aspects and avoid comment on wider issues. Seeing people emerging from The Supreme Court carrying bulky files is more than enough. I suspect the next issue of "Private Eye" will avoid this one.

Robert is reported to have complained that the BBC did not really present him or his case in the light it should have been in the editing and presentation, and is said to be considering the legal issues. The lawyers on screen are people I would not like to argue with. What does give me a twitch is the home.

Were I to have umpteen millions running into the billion class it is not a home I would choose. Palatial it is, inside, with a classy exterior and being in Knightsbridge top price. But it is next to the Royal Albert Hall, a major entertainment venue. Having been a Prommer at the BBC Proms and there for other things, the people, my dear, the people.

This means it is very close to Kensington Road, one of the busiest in London with buses and coaches galore never mind the black cabs, delivery vehicles etc.; in short air pollution at high levels. While the Hall is at the front and close, at the back the scenery is that of sundry blocks of flats. Expensive flats, perhaps, but still all those other humans.

The programme did not say much about anything else, notably the financial issues of a decade ago. It was said that "the banks" were always willing to back the deals and finding credit then was easy for those in the business. But which banks and more to the point which bankers?

Similarly the company structures at the heart of the enterprises were just pictures of linked names and only names. All it told you that it was an intricate business and we might assume money flows between them in the process of making the deals.

Also, missing, although not lost in real life were the politicians of those days past for whom the money men and deal makers were the modern gods of creation and building a new Britain based on financial services, property values and speculation.

Where are those money men now? Gone to earth, some of them with others to be found occasionally on yachts in the Mediterranean keeping up with all those cheerful Russians who have arrived in recent years.