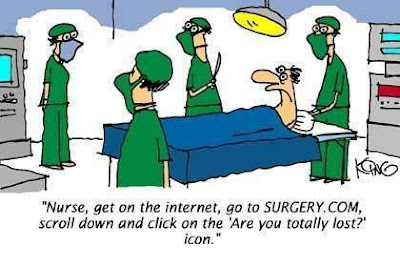 In the turmoil of our present politics there are a handful of big items that we are told could decide the next General Election, which may or may not be sooner than we think.

There are many puzzles, one of which is the shortage of doctors which it is said is potentially catastrophic. Quite why a state that sends around half of it's youngsters into higher education can finish up seriously short of critical skills in major sectors of state provision is a question that politicians do not like to ask or answer.

But this is only one aspect of the issues relating to the National Health Service, who it is for, how it is paid for and the costs of the whole provision. We are at a loss in deciding what to do.

We have been here before as this new article in LSE History tells us about the 1953 report on NHS costs called for by the 1951 elected Conservative Government faced with picking up the financial pieces of the radical drive to state control and ownership of the Attlee years in a time of Cold War.

Sixty odd years on the world of paper, pens and ink, filing cabinets galore and rooms full of clerks filling in figures it is quaint to see how these problems were approached and analysed. At the time I was helping out an uncle, a recently qualified doctor, with his paperwork.

In later years I was involved in some of the many reorganisations that occurred, usually costs being cited as a major policy determinant. If we did not seem to be wise and organised then, it was as nothing compared to the complex and multi agency mix of services and provision we have now.

Also, people were expected to take care of themselves and others and seek help only when needed. This one could run to a few thousand words, but it is near to lunch so there are other priorities, as our politicians keep telling us, so I will cut to the bone.

If we are to have an NHS in one form or another then it should be funded by a dedicated property tax.