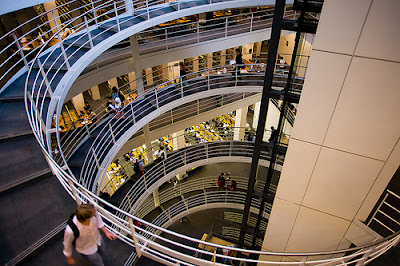 Sooner than anticipated we have the present Government beginning to meet the criteria to lose the next election, as many in the past have done, despite being apparently ahead and the Opposition an unlikely prospect for the future. Perhaps the ghosts of Macmillan and Home are up there in the tree taking bets.

The Budget of Chancellor Hammond is going to adversely affect many of those who voted Conservative last time and in ways they won't like. This problem stems from the cheery promises made by Cameron and Osborne at the last election not to raise taxes, but hardly ever.

By 2020 there will have been around ten per cent of the 2010 electorate gone and a new ten per cent on the electoral lists, those of the millennial generation and recent migrants. No wonder it is claimed that Prime Minister May is more New Labour than Old Tory. No wonder some old Tories may go AWOL next time round.

Then Brexit (thank you Dave again) is causing rifts in the party in power to add to squabbles over tax and spend and other little things. One thing that is not so little is the impending crisis in agriculture either from the EU or following any serious changes. The farmers are land rich and income poor in many cases.

Then there are the disruptions and disasters to come, tricky to predict, very difficult to analyse when the impact occurs and then sometimes impossible to clear up afterwards, if it can be done, without upsetting even more voters. Anyone for a property crash?

There are smaller ones that could cause a lot of trouble with the complaining classes. The hike in business rates is said to be bad for many SME's. One sector that is predominantly in this class is the whole organic and natural sphere of production, increasing in size and support and very sensitive to being messed about by stupid civil servants and politicians.

This is not quite in the killing babies problem area but the ongoing need for the NHS to keep up with modern science and medicine as well as coping with a population mostly devoted to unhealthy living is difficult. Again rapid population increase makes the earlier planning figures for NHS provision look as weak at the knees as many of the elderly patients.

In the finance sector not only is there the question of what is happening to the inflows and outflows of money and why but what could go wrong next. In the EU it may be that soon France will need bailing out and no doubt our offshore financial corporations will soon be feeding on the remains? France being France they are more likely to choke or face a political guillotine.

There is a lot to add to this little list but this will take a long time and many will have good and better ideas for how the Government could lose votes. All around the net the grumpy ones are saying there a financial apocalypse to come and soon, don 't mention the Chinese who own so much in the UK and want more.

And I have not even mentioned or hinted at that man who has a lot to say and do over the Atlantic. If he does cause seismic changes in the US economy and trade, like all seismic events it will impact far and wide, not necessarily for the better.

As for the Opposition, if by some freak of chance they find a new leader who can spin the spin and talk the talk in the media and on the net who knows what could happen?