The Migrations Are Just Beginning 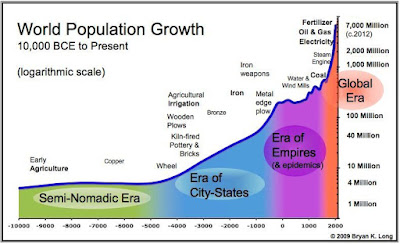 It was always going to happen, that was the certainty.  What was not certain was the when, where, why, who and what.  Also, it was going to be the consequence of a long period in which views of the situation were muddled and agreeing about issues difficult.

Add to that it would be highly political.  The politicians would be looking for one short term fix after another when it was longer term and going to last.  As political it would be governed not just by short term voter reactions but by the assorted dogmas and beliefs of the politicians, the media and those they are attached to.

Key muddles of thinking began by faulty perceptions of the basics.  One is the concept of sustainability, which has come to mean what people say it means.  A couple of decades ago there was some attention being paid to this that suggested issues that were difficult and ran counter to cherished beliefs.  This meant that those looking at this were slapped down and forced to keep quiet.

The basis of their thinking  was about the way we humans were distributing ourselves around the planet and the implications indicated what the future might bring. This gave rise to the concept of the "footprint" that an urbanised area might have in relation to the rest of the world.

You looked at Earth and at the land surface.  From the total surface there were some deductions because either some parts could not support much human life or provide for them.  Then you might take an urbanised area, say Greater London and ask how much of the Earth's land area was involved in supporting it.  This would be the footprint.

London, it was argued had a large one and was already drawing on resources from many parts of Earth to keep going.  The happy idea that London depended only on the South East of England was a nonsense, in fact to exist in its then form it needed more than the whole UK.

England, with many urban areas depended on a disproportionate part of Earth to keep going.  If you then looked around Earth and tried to calculate how much spare capacity there was for the human race to draw on it was not very much and diminishing fast.

One reason was the rate of population growth in the 20th Century, especially in the second half.  Another was that because of developments in technology and money creation and transmission we had been awarding ourselves an advancing and richer lifestyle in some parts of the globe.  As the population grew we had managed to persuade ourselves into believing  we could all become richer.

One of the trick ponies to keep the circus going was the use of statistics, notably GDP or Gross Domestic Product. This purports to measure real economic activity by measuring the relevant money flows through the various sectors of activity.  But this is all activity, at least the ones that can be counted.

But all resources are not the same.  There is the well known division of Primary, Secondary and Tertiary with perhaps the Quaternary added.  In that any economic activity can create jobs and money flows this might not seem to matter.

Also, politicians can be persuaded and persuade others that so long as the numbers can be massaged up then all will be well.  This in the UK at the moment means the dogma that immigration is necessary to keep the numbers going up to pay and provide the public services and other demands.

But what can happen when the rate and level of population increase in an area means that primary resources become scarcer there, for example food, water and energy and other areas are stressed.  If strife and failures in government add to the mix then movement will occur.  The competition for control of the scarce resources is likely to lead to violence and conflict.

If the footprints of all the urban areas of the world have now begun to exceed specifically the primary resources required it will impact on some areas sooner than others.  If in those areas they can no longer support secondary or tertiary economic activity at a level  to deal with the demands, which are rising ever more rapidly, increasing proportions of the population movement will migrate to other lands.

It is very complicated but it is possible that the present Middle Eastern situation is the first "crunch" in what might be a the future for many or most nation states if they survive as such.  Large outflows of population from one place to another will not just deliver more people, they are likely to deliver the same problems where they arrive in the surge of demand for basic resources and also services.

I was around when the movements of population occurred in the 1940's.  Then the world population was only a third of that today.  At the time the ideas of internationalism, free movement of people and the rest took hold for many, to the extent of becoming, as in the EU, a fixed belief.

But then we had the idea that for practical purposes the basic resources of the world were unlimited and we could deal with any of the transitory difficulties that might occur.  Now we have the strange situation of the priests of open borders and large scale migration being largely the same people as the priests of climate warming.

In the UK we were voting in a Labour Government who went in for rigorous controls of carbon emissions at the same time as bringing in numbers of migrants who greatly added to the demands for energy and other primary resources.  They bought the votes with spending and debt that added to the problems.  In my town the factories closed but we were given the joys of the night time economy and fast food outlets  to replace them staffed by many migrants.

Now we have a government who are shuffling about trying to keep us in an EU with its not just muddled but hopelessly contradictory policies in all these key areas of population and economic policy.  At the same time we are engaging with a China which has its own population issues and doubtless hoping to export people to help us with our economy.

Look at this display as an example. It could be that we are beginning to run out of resources and we are running out of time as well.  My view is that probably we are now too late.