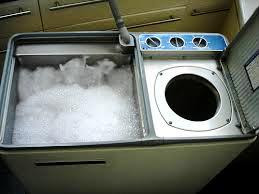 When people are predicting future politics and who will be in power it is wise to be careful.  Certainly, many in the media are having a good time with The Labour Follies.  With Ken Livingstone embarked on one of his charm offensives on the subject of mental health and the real world having caught up with Jeremy Corbyn and his ilk it seems to be looking good for Cameron and friends.

Cameron is becoming something of a worry.  He plays the role of a quasi-celebrity looking for the quick and easy media take on any situation.  But in his approach to the ISIS problem and the French situation he reminds me too much of Sergeant Lejaune in the film "Beau Geste", "biting head off snakes" is a typical Lejaune moment.

But like any political leader deeply involved in many matters it is always a risk if you take your eye off what the servants may be up downstairs.  These matters come under the heading of "events" that can see off any leader, or party trying to retain power.  Just ask John Major.

There are the goings on at Conservative Central Office which look if  not messy then a source of real trouble within the party as the big wigs start passing off the responsibility and the blame to anyone they can get away with accusing.  But these are the people within who if not enemies are the friends you really should not be mixing with.

These may be the loose cannons within.  But in a system of modern government that tries to be both centralised and out sourced you will have people who are real trouble and for whom you cannot avoid taking some of the blame.  Because if you have a major public service that is run as a bucket shop and it goes badly wrong then the trouble can be endless.

This glaring example is one.  The story from The Mail features a financier Guy Hands whose holdings now include the Four Seasons Health Care Group which is in deep trouble.  This firm has 470 Care Homes with 20,000 beds and is part of the usual off shore mix of companies with Private Equity involved.  It may be "private" but in essence is a public service entity and the buck stops in Downing Street.

A good deal could be said about what is going on here and it is not alone in the way the elderly and infirm provision is dealt with these days but what did catch the eye was the use of the word "industry" to describe its nature.  "Industry"?  This may well be the way that the financiers and their accountants and consultants see it in terms of money flows.

But is it the word that central and local government politicians and officials use as well?  They may use "service" or such, but if they hand over the running to others do they know what they are doing?  We are told that private provision of this kind is "efficient" and "cost saving", but when the costs include what seem to be massive surpluses for financial and personal reasons who is paying and how?

It is not that public service provision is perfect by any means.  A little over forty years ago I was told one horror story by a Social Services Director in a local authority.  It seemed that in one large Labour dominated town the Queen Bee of the local Big Man (use your skill and judgement) deigned to visit a care home and was displeased.

They were using large expensive heavy duty washing machines and in her view only needed the much cheaper Hoovermatics.  Worse was that they were using expensive hospital style sheets when the thin cheap ones would do as well and they did not need changing more than once a week.  Her husband duly forced through the changes.

You may imagine the consequences in the care homes.  It was not long before the Medical Officers of Health threatened to close them all.  But the Labour Party would not give way on the type of machine.  So homes were filled with churning Hoovermatics.  But these needed extra staff in constant attendance to deal with them.  These were ladies on longer part time hours without permanent contracts.

Came the 1974 Labour Government to power along with a nice new 1975 Employment Act the ladies suddenly had permanent status and with full retirement pension rights.  All this had huge effects on the budget for care homes at a time of cuts and austerity.  The collateral damage on other services was severe.

In 1979 however the local Labour Party were proudly claiming that despite all the serious difficulties they had managed major spending increases in care homes.

This was all a long while ago, but compared to the people we have now in government and the media those people were amateurs.