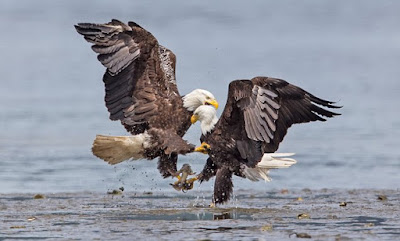 HRH Prince Charles thinks that it is climate change in the shape of drought that is the root of the problems with Syria.  Many will agree with him in that it seems so obvious.

But what if there wasn't a drought?  If so, what are the problems and how did they arise?

This long and detailed article in "Energy Matters" by Roger Andrews takes a close look at the situation in the last few years in Syria in relation to agriculture and its production.

This extract is from half way:

And if drought wasn’t the cause what was? There have been two historic contributors. First was Syria’s skyrocketing population, which more than quadrupled from 4.7 million to 22.1 million between 1961 and 2012.

Second was Syria’s government, which in an attempt to keep up with population growth encouraged rapid development of irrigated croplands beginning in the 1980s (according to FAO data Syria’s irrigated cropland increased by 70%, from 693,000 to 1,180,000 hectares, between 1990 and 1995 alone, which explains the large increase in wheat production over this period seen in Figure 7).

It is argued that the upsurge of oil prices a few years ago hit the farmers hard both in pumping the water they needed and getting the crops to market.  In short many went broke at a time when other pressures were increasing.

So in the last fifty years there has been a huge increase in population.  The Government attempted to increase the primary resource of food to keep up with it but were unable to increase the secondary and tertiary sectors enough to provide for employment and wealth for the growing population.

Events beyond their control meant that food became short as well.  Then the complex situation led to a collapse in which the latent bodies of extremists took advantage with outside support.