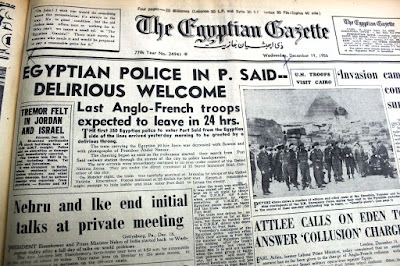 For those of us with memories of Empire, our own and others, why Britain is so anxious to send the might of our RAF, or at least the few old aircraft we can manage, into action in Syria is a puzzle.  Syria was strictly a French patch and had been for a long time.

This merry song  from the past, "Partant Pour La Syrie" is a reminder.  It was the unofficial "hymn" of the Second Empire of Napoleon III, aka Louis Napoleon, 1808-1873, elected President of the Second Republic 1848-1852, self appointed Emperor, 1852-1870 when busted by the Prussians, and died in Chislehurst, Kent.

His only son, also Louis Napoleon, died in South Africa in 1879, in action against the Zulu's having attached himself to the British Army to gain the military experience he felt necessary to attempt a future coup in a divided and fractious Third Republic.  He is buried with his father and mother in the Imperial Crypt at St. Michael's Abbey, Farnborough.

The end of that war and the creation of The Fourth Republic brought the realisation that they were going have to work together at least and preferably agree if they were to retain any real power or influence.  The demands of the USA and the activities of the Soviet Union were a threat but there was increasing unrest in the Middle East and Iran for many reasons, not least the creation of Israel.

The emergence of Gamal Abdel Nasser as dictator in Egypt and bidding to be leader of the Arab world became a sudden and real challenge.  "Something had to be done" was agreed between France and England with talks and ideas of plans and this was spurred on by the nationalisation of the Suez Canal in 1956.

There are full Wikipedia pages on The Suez Crisis, Operation Musketeer and General Hugh Stockwell, the general commanding the Anglo-French forces if you want the full picture.  I have my own vivid memories of that period.  Essentially, the alliance cooked up a military intervention intended to take over in Egypt.  The trouble was what was best militarily did not suit the politicians so Stockwell  had to put up with key strategic decisions being made by them.

The troops did well enough in spite of the difficulties but it was something of a botch job.  But that was less than the half of it.  When they went in the world reaction was adverse and serious.  So much so that given a pending Presidential election, the USA ratted on them.  I know that it had been well aware of what was up, stood aloof and then cried shock horror when it happened.

In the summer of 1956 Stockwell turned up at our HQ to talk to our GOC then Major-General John Winthrop (Shan) Hackett.  He had commanded 4 Para Brigade at Arnhem in 1944 and was a, maybe the, leading Parachute expert around at the time and a friend of Field Marshal Montgomery.  It was a private conversation with no notes taken.

He appeared at the door of the office I was working in under the impression it was the General's.  I explained to him in the kind way I had of dealing with generals who did not know their right from their left that it was the other side of the staircase and produced the very Top Secret file on Operation Musketeer for them.

My own reading of it had been a source of wonder in that knowing something of the history and geography of the area it did not make entire sense in terms of a number of issues.  At the end of the meeting  when exiting Stockwell was heard to say "It's a bxxxxrs muddle but we'll have to make the best of it."

Around three weeks later the G3(Int) and I were packed off with a squadron of signals, a company of The Cameronians and a squadron of The Royals to kick up signals traffic on the banks of the Elbe.  I now know, rather later, that this was probably a caper for GCHQ checking out the Soviet's in East Germany.

You will understand from all this that when Cameron et al talk about going forth into Syria and the rest, I am a little nervous and an old twitch starts up.  It is whether or not the result may be another set of blunders and unintended consequences that could be very damaging.

The Suez Crisis was a game changer in which we had to accept and deal with a very different world and one where we were not welcome in many places for many reasons.  Now ISIS etc. are indeed a very nasty group and despite small numbers have been able to cause extensive problems.

So where are the money, the backup and the arms coming from?  We are proposing to strike at the districts in which ISIS do have power and that must mean both civilian casualties and perhaps a protracted campaign.  We really need to hit hard the supporters.  But these are people who trade with us and own much of our property.

We need them because of the level of our debts and liabilities, let alone the inevitable cries to "do something".  There are choices here that are very difficult and complex ones and if we are serious about checking and stopping ISIS it is going to take a lot more than bombs.  Because these forms of extremism have always been latent in the Middle East.

Now they have been armed (French guns?) and financed putting down these groups will be well removed from our ideas of human rights and fair play.  Similarly, dealing with those sent into Europe to commit terrorist acts will be difficult.  It is a mess, Stockwell in 1956 used the term current then, what we might say now is not the same.

But the mess is a lot bigger and more complicated than we are allowed to think.  Emperor Louis Napoleon III was involved with Britain in the shambles of the Crimean War in which neither party appreciated the importance of basic logistics.

There were errors in Italian Reunification; then the fiasco of The Second Mexican Expire, see Wikipedia and the painting "The Execution of Maximilian" by Eduard Manet in the National Gallery, followed by rapid defeat in the Franco-Prussian War again with bad logistics.

Perhaps on his way to a long weekend in the Cotswolds, David Cameron might take time out for reflection at The Imperial Crypt.