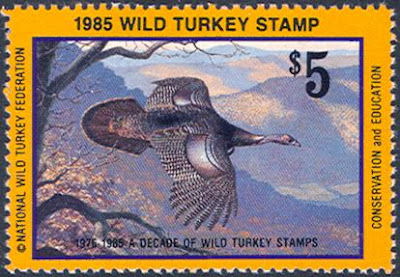 When those in the USA who celebrate Thanksgiving Day tuck into their turkey we will have eaten pork.  The new settlers may have needed to eat what they could, back in England the population would have depended on pork for its basic meat protein.  Which brings me to the question of a sense of identity.

A five minute in depth research gives a wide variety of figures for the number of people said to be descended from those early settlers.  The higher ones look most improbable, a try at a figure would take time and would depend on key estimates which may well not be reliable.

Despite this, it is likely that there are many people out there who are descended and are not aware of it and they may well be the majority.  On the other hand, those that do know will have other ancestors who will be very many and various.

Given that Thanksgiving is supposed to suggest a sense of American identity among many of the population this raises more questions than it answers.

Back here in Olde England many feel that our present elite are engaged in an assault on any sense of identity for the British and are anxious to have us be diverse.  The latest spat is the item on the three sets of remains of the "first Londoners" who have varied origins.

This has been dealt with in the web sites of "Is The BBC Biased" and "Biased BBC".  The most obvious comment is that three or four is far too small a statistical sample to be a basis for any kind of generalisation especially out of one location.

Apart from the blinding obvious that if you have a new settlement founded by incomers then necessarily they will all be migrants there are other matters.  Moreover, as a port and landing place, often a location for armed groups and then a centre of government whatever was going on in the sticks and other places London would have been relatively "diverse".

It may have been the first larger group of housing etc. on that patch but in the few thousand years before that there must have been a scatter of people, perhaps small in number, in the area from time to time.  The chances of finding remains of them under say Camden and Kings Cross are slight.

In the period in which I grew up a major source of a sense of identity was religious.  This might relate to geography in some cases and the part of the Atlantic Isles of origin.  Often the sense might be localised to your town, with the "British" or "Irish" "Scots" "Welsh" or "English" parallel.  It was never entirely clear, just the muddle we went along with, more or less.

On the other hand at one stage there was the notion of "Empire" that demanded our loyalty and then after World War 2 we were encouraged to somehow take on board a vague Internationalism where we were all brothers and sisters.

For many this did not work well, they preferred class or political party and in any case we were becoming bombarded with media and business to take on other roles.

Ford and other motoring companies invited us to be loyal to their brand and products, yes I was once Cortina Man, and the marketing boys (not many girls) tried their best to persuade us to build a sense of identity around their offerings even down to toothpaste.

If people asked who am I or what am I the media and the marketing people were all too anxious to instruct them. The pop music business has been frantic to have people identifying with a particular subset or performers.

This reached its apogee several years ago when in a contest for Deputy Leadership of the Labour Party, all ten candidates swore their oath of loyalty to the group "One Direction".

Some therefore turn to history to work out who they are and what they may be, but this may be no help, it could make it more difficult.  If you find out a lot it might make it almost impossible and intricate if different faiths, different occupations and place in the class structure matches that of the past.  There are going to be people you would rather not see there.

In the USA it was the many chances and convolutions of the history of the 17th to 19th Century for it to become a continent wide, English speaking (then) entity in its present form.  If a few battles and wars in Europe had different results we could have had a patchwork of contending states that differed strongly from each other and had different ideas about identity.  Oh, well not quite like that of the present.

This piece of music for me expresses the spirit of Thanksgiving if you have 25 minutes to spare to relax and just let it come to you.  With five minutes left the vision cuts but the music continues.  The shot replacing the vision is from the Martha Graham dance production, see Wikipedia.

As for identity and diversity, perhaps it might be best just to give up and stick to football.