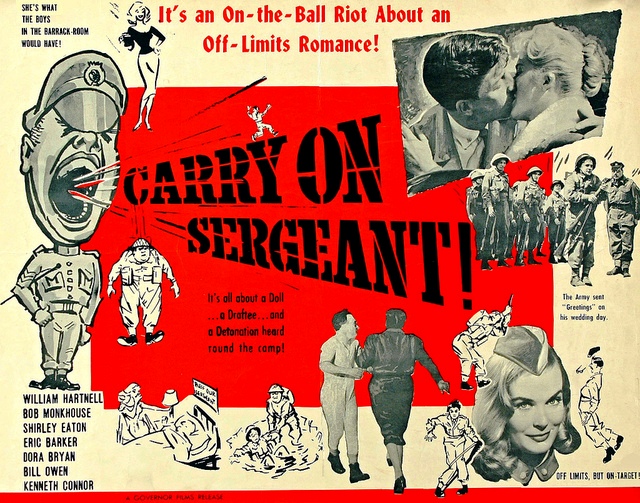 There are many items that do not make it into the media about our affairs because of the rush of other attention grabbing matters.

One is that there is a Bill currently before the House of Commons to bring back National Service, it is the National Service Private Members Bill introduced by Phillip Hollobone, the Conservative MP for Kettering.

The full text, or mind boggle of it is here, National Service Bill In Full and as you can see is after just about everyone between 18 and 26 to put in a free year helping out the state fulfil things that it thinks ought to be done.

We have been here before of course.  As Mr. Hollobone was born in 1964, after National Service had ended in the UK, he may be looking at it with, if not rose, blue tinted spectacles. A succinct outline is given by the National Army Museum but this says little about many of the complexities.

One thing is certain, no such scheme of national service could be brought in without major problems.  What controls and use could be adopted sixty years ago would be impossible to apply and the problems of allocating people and training them would be much greater.

Originally, the old National Service started out as an 18 month period.  But it quickly became apparent that this did not meet military manpower demands.  By the time you had taken them in, applied basic requirements and then trained and transported them, there was not a lot of time left.

So it became extended to two years.  I do not think anyone has fully studied the adverse effects created.  Not just in the attitudes of mind but in the impact on labour markets, social habits and a lot more.  Also, it may have contributed to the souring of industrial and race relations for a number of reasons.

One purpose was to create a standing reserve in the event of a major war or conflict in the future.  But in 1956 when Eden  called up numbers of reservists not for the Suez War itself but to replace troops drawn from other sectors, in the Rhine Army there were actual mutinies and in many units angry reservists caused disciplinary problems.

A great deal has been glossed over in the history of this phase of military policy, For some it was useful and an interesting experience, but for others it was a costly and tiresome intrusion into the living of life.  There were those for whom it was a nightmare and left them damaged.

We are living in a radically changed world with very different expectations and ideas.  Dredging up a long dead scheme to deal with a wide range of awkward and increasing problems is not the answer.  This simply will not and cannot work.

Theoretically, there is little chance of the Bill passing into law as so few private members bills make it.  Some do, but only after special efforts being made.  Worryingly, such a bill can become law if a government looking for a fast answer to a very short term issue decides to take it up.

Like the old National Service it is an inadequate excuse to be seen to be doing something on the cheap.