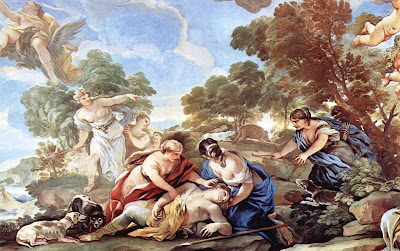 The plumber clicked his teeth. There is work to be done and replacements are necessary. (Obscenities deleted). There is good news and bad news. The good is that he with other local plumbers are not much in demand at present, so the job can be done. The bad is that his regular suppliers, a nationwide group have gone out of business. So have his next choice major suppliers and he will have to make phone calls. When he phones later he has found one who has taken over the book of another and does have the items needed. The job will cost more.

We do not hear much about this kind of experience in the media, nor from the government. Plumbers are not “front line services” and are strictly private sector. It is my theory that when the legions left Britain and took the water engineers with them that was the beginning of the Dark and rather dirtier Ages. On the local news today a Water Company representative was saying that our part of the country is a “water stressed” area and we need to use much less, husband our resources and pay more. The government want another million people living round here pronto, water or no water.

Another choice example of joined up government was provided by Lord Adonis. Put Adonis into Wikipedia and see that he was a mythical cult figure, as in the picture above by Giordano. Our Adonis is all too real. Only weeks ago he was promising a £40 billion high speed railway from Neasden to the North yet today we are told that the Inter City 125 Class of 1976 due for replacement and/or renewal is put on hold for an indefinite period. Currently these train sets serve two very busy main lines, the old Great Western Railway and East Coast Main Line.

But like the Adonis of old, our politicians of today live in a world of myth and fantasy with gods whose works only the few can be privy to. Those who watched the BBC4 programme on The Treasury last night would not be at all surprised. In the series of three; the others were the Home Office and the Foreign Office, it was the last few minutes that were most interesting.

In the earliest stages after 1997 Blair and Brown often had private conversations with nothing on record and no minutes taken of decisions. Strangely they came away from these with entirely different perceptions of what was going to happen. After the relationship went bad, Blair turned to Sofa Government and Brown to being a latter day Oracle of Delphi. Blair tried to do government by media and Brown by financially micro managing each and every government department without either advice from them or any form of real analysis.

When a posse from the Treasury went to talk to the media hoods of the Prime Minister’s office they told them as little as possible because it would be promptly leaked. Blair increasingly tried to make decisions on the hoof using one or other of his cabal. He sent the nation into war on the basis of friendly conversations with Americans.

During Brown’s time at the Treasury its staff was almost completely turned over, rehoused and forced into a different set of thought processes, “can do any which way” as opposed to weighing up the possible and the priorities. Two crucial elements were lost. One was the collective memory which meant that nobody had any experience of a rough ride economically. The other was the capacity for rational analysis in the area of economic complexity.

The job was to deliver what Brown wanted at any price. If Blair’s Defence people needed helicopters to fight wars and Brown wanted PFI deals for new offices, then the offices it would be. One price was that the Treasury first gave away its control over interest rates, handing them over to the Bank of England with financial targets that ensured excessive and uncontrollable credit inflation.

Then largely by informal personal means major areas of funding and debt creation were handed over to the City grandees who took both the Treasury and all the taxpayers for a long long ride on the biggest financial roller coaster in history. When the banks then went bust a few more informal chats on the quiet organised huge bail outs for the benefit of those concerned.

If the plumber tried to run his business on this basis it would be a right mess, in more ways than one. Also he would not last long. If Brown and Blair had the job they would probably couple the toilet to the wash basin and put the header tank where the bath should be and vice versa and then organise a media event to say This Is The Future.

Most likely they would try to screw the S-Bends into each other.