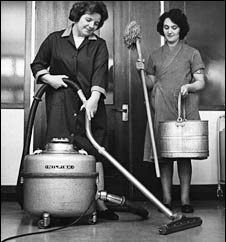 In response to questions, I did try to put an RSS feed on but either it will not have it or I got lost in the labyrinth of instructions, yet again.

As for twitter at present I am twitching the net curtain to see if I like what I see.

In the past I have put in some links, but a while back it appeared that several blogs/sites that made extensive use of varied sources found their blog suddenly ceasing to be as the host computers did not like something and blanked it.

Whether it was the number, the pattern, or they had been unlucky enough to link with a site that was in some way corrupted those concerned never really found out.

These were persons much more expert than me and as someone with a long memory and a short fuse perhaps another approach was advisable. So now the technique is that I put in an address but not in the form of a link e.g. gcrailway dot co dot uk for those wanting a real story, there is a Tornado on the way.

A bit fiddly and a chore I know for those with other things to do but at least under your control, unlike some links I can recall.

A direct lift from elsewhere normally is shown by “Quote” and “Unquote” with source.

Other material and items such as names or subjects are usually checked on web to ensure that tapping in the word(s) to the usual browsers will give the choices of reference and very often Wikipedia will have useful information on basics. Anything complex will be indicated.

However, there is a lot that is in my own files, most of it arcane information from a variety of sources, often primary. The question is making the connections and knowing the background. I would like to put this material on the web but at minimal and preferably zero cost and it all takes time.

The problem is that if I am not careful and a blog is complicated it could finish up looking like something on Google Scholar.

And that would never do, so there.
Posted by Demetrius at 15:42