A Man Of Property 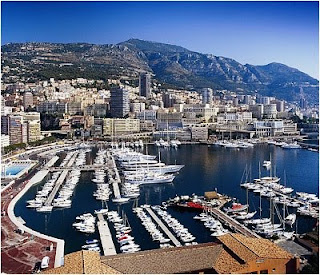 Imagine a community where this happens. There is a notice board for the usual things. You have paid for it, as have your neighbours. The job of the building manager, whose salary, national insurance, sick leave etc. and accommodation you pay for, is to maintain it. You wish to put up a notice about an organisation that is legal, dedicated to matters important to you and your neighbours and properly run.

You are ordered to take it down by the manager on the instructions of The Company who you pay and employ to undertake duties in respect of the building. If you argue about it will be hinted that it is a bad idea to upset The Company. The organisation in question is critical of the certain aspects of The Company.

You wish to have a meeting with speakers from that organisation invited to advise you about the general problems you have having with The Company. The room in which the meeting is to be held is one you have paid for and pay to maintain, clean and furnish. The Company forbids any such meetings and it is suggested that you could face unspecified difficulties. Also The Company will not allow representatives of the organisation to attend its meetings as guests of the people who are paying the wages and bonuses of The Company.

You are worried about your buildings insurance. It is costly and you are uncertain as to what cover is supplied. The Company has its own in house buildings insurance company and forces you and your neighbours to pay for it. There is no question of competition or tendering for best price or cover. Incidentally, features common in domestic buildings insurance such as third party liability, evacuation, or such could be no longer on offer. They are very coy about the details.

The Company determines the policy price, the revenue, has indirectly reinsured itself, does not publish accounts to policy holders and has the sole right of determining whether or not it pays out on any claim. If it does this is a rare event. It is alleged that The Company has its insurance company income stream securitised to assist leverage for the financial operations of the relevant holding companies.

From time to time your building will require repairs and maintenance. The Company determines who will tender and who will be employed. Those who tender must pay a fee to The Company if they succeed in winning the tender. The Company charges a 10% administration fee to you additional to the cost of the work which may or may not bear much relationship to the estimates.

You are already required to have a sinking fund for such works, the level of which is determined by The Company. It may pay a notional rate of interest but this is far less than the money might earn in alternative funds.

You are already paying a significant sum to The Company for doing its job so all the above are added items to beef up The Company revenues.

In one building where more of life’s awkward squad were assembled when the paramedics, ambulances or police turned up out of office hours they were refused admission. The Company’s holding company has taken out major loans as leverage on the income streams and one condition relates to the anticipated rate of mortality of you and your neighbours in that additional income is derived by the holding company of The Company when a flat is sold. If someone lets in the medic’s or police they can be threatened with legal action.

The holding company own many other companies including those who now own the freeholds of yours and similar buildings. In the years before the present ownership and company structure was put in place in 2005 equitable arrangements had been in place for a number of matters concerning some features. Now the freeholders have begun to rack up charges and make demands some of which seem to have little or no legal basis.

There is a problem. If one of the buildings secures a decision from the Leasehold Valuation Tribunal it does not apply anywhere else. So if a building does stand the legal costs of such a submission and even if they succeed then they are still penalised by those costs.

If other buildings wish to take advantage of the ruling they all have to fight individual cases with all the relevant legal costs. These could be very expensive because the freehold company on the instructions of the holding company will fight a long delaying and highly technical case to push up costs to six or seven figures. Remember we are talking here not of high powered big money business on both sides. We are talking about the old, the ill, and the dying, many with limited savings trying to take on big business.

In the years before the present situation came to be it was the rule for the accounts of the buildings to be presented and discussed in a sensible and balanced way. It is no longer the case. The Company’s accounts are all too often open to question on a number of grounds and any debate is stifled by aggressive hard ball confrontation and threats. The costs to you and neighbours in the last five years have been going up at six to eight times the annual rate of inflation. Try that compound and see the figure you get to.

The holding company of The Company has been spotlighted in all this. It’s top man on Radio 4 indicated his feelings and ideas about the customers who pay his wages and benefits in the phrase “Dribbling geriatrics.” Indeed some do, notably the WW2 veteran whose injuries have finally caught up with him. Also the lady who devoted her life to nursing and later to caring for her parents who has been felled by a major stroke. The great majority do not; they still have some wits and limbs in working order.

It has come as a major shock to The Company that their customers do not like how they are being treated and how their incomes and savings are being stripped from them by aggression, greed, and questionable financial operations, never mind their last days being ruined by worry, hunger, and cold. It seems to have come as a greater surprise that their families do not like it either and want action.

Where is New Labour? It is nowhere in sight despite Brown proclaiming his caring credentials. Lib Dem’s and Tories there may be on the side of the exploited but not a hint or a breath of the socialists. There are two reasons for this. One is that the Leasehold Act they did pass was a gift to the big players in property and the lawyers. The second is the Labour party that passed it and have presided over what has happened are in the pockets of the property kings. They owe their fortunes to them. Ask the Blairs. Ask the Prescotts. Ask a few others. So is much of the media.

Where does all this lead back to? The eventual ownership is wholly in the hands of one man who sees life in terms of deals, earnings ratio’s, financial targets, asset sweating, leverage, turnover and the rest and who likes to relate to people who matter. He tells his hoods the figures he wants to see and the orders come down to their block runners. He featured in a Daily Mail article on 31 January 2010 relating to his sister’s divorce. It was written by Elizabeth Sanderson entitled “I want £200m from The Man From Del Monte in Britain's biggest divorce (but he isn't saying Yes)”.

He is a multi-billionaire with yachts (yes, plural) at Monaco, celebrity lifestyle, and the rest. Lately he has disappeared from the UK list of company directors to found a personal Trust based offshore into which his holdings are being transferred. He is featured in the article. Find him, then Google the name and see. Also look at carlex dot org dot uk and the Age Concern message boards relating to McCarthy and Stone.

It is possible that there is a super injunction floating about somewhere. This may account for the reticence of the media and mine. Even a brief news item on the subject by Channel 4 had the lawyers crawling over it for weeks. The Office for Fair Trading and the Financial Services Authority have been invited to enquire but seem to have a singular reluctance to pry too far. Perhaps they do not wish to hurt somebody’s inner feelings, or wallet.

The Trust mentioned will have charitable interests as well as being active in “social entrepreneurship”. I have no doubt it will. On the other hand it is a good way of protecting what you have left from enquiring creditors. One charity is the John Clare Trust with its Labour sponsors. One of the Labour prominente had them to lunch on one occasion at the Palace of Westminster but then he is a very hospitable chap with a long list of friends and a lot of lunches to give.

Social entrepreneurship is supposed to be non-profit. It seems to be very popular in the Labour heartlands and benefits greatly from local and regional grants as well as various quango’s. Of course there are costs. There are administration, management and consultants charges, debt charges secured largely by public sector support and fees for this and that. It is a very nice little earner, one way or another and a useful source of employment for friends and families. All the usual people are there, the Blairites, the Brownites, the influential back benchers, most of the government past, present, and future hopefuls.

This is Brown’s Britain, all catheters and wind as they say in the Urology Ward. Greed, grab, garble, extract, exploit, expropriate, shaft, strip, stuff, thuggish, threats and thriftless.

Ask yourself; are these the people you really want to see holding your granny’s life, property, savings and living in their hands?