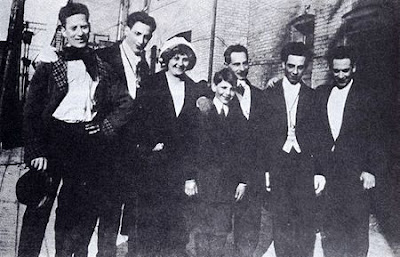 John “Groucho” Terry has decided to spend more time with his media agents after a long session of therapy with Fabio “Chico” Capello who did not want his England stars to be troubled were John to be substituted at any time during the coming games. He has been replaced as England Capitaine by Rio “Harpo” Ferdinand of Manchester and the Moss Side Charm School.

Rio will be throwing a big party in celebration for the England squad, all their WAG’s and as many unattached females as can be fitted into the bedrooms of the 750 room hotel booked for the occasion. It will be a “Fur Coat And No Knickers” party to raise funds for the reduction of the mink population causing so much environmental damage to the waterways in England’s green and pleasant land.

Harriet “Minnie Marx” Harman, the team’s astrologer, has laid a curse on the team until exactly half of the eleven England players on the pitch are female. She will be attending the party but only as a hired consultant on inter-personal relations. Peter “Gummo” Mandelson has been booked as a greeter and fixer and is available also for bookings of stag and hen parties, rugby club dinners, and meetings on the Cote D’Azur for the right kind of donation to his personal Trusts in Monaco.

“Zeppo” Brown has given his full support to England in their World Cup bid. Coral are quoting now England’s odds as 100,000 to 1 against.
Posted by Demetrius at 15:13