Times Past, Present, And Future 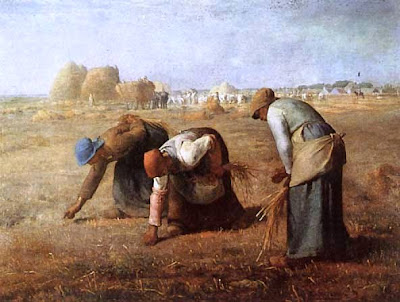 Something cropped up which sent me round the web again in search of the past. The locations involved and the period meant that William Cobbett’s “Rural Rides” was worth re-reading. In 1823 when riding in Sussex and Kent he observed a number of oddities. It was that the roads were much improved but the farmers were poorer. Moreover, many of the fields and gardens were not as well tended as he would have expected. It was explained to him that the farmers could not afford to pay the labourers.

Cobbett realized that the local property and other taxes imposed on the farmers to provide Parish Relief for unemployed labourers was the major factor. The men on relief were then obliged to work on the local roads to earn their pittance. This was the infamous “Speenhamland” system of the period the problems of which led to the creation of many workhouses and the Poor Law Act of 1834 extending the workhouse system across the country.

Another matter caught his attention. It was that the plump rosy cheeked young women talking of “getting a house” rather than finding a husband. This was their way out of their parent’s family, which meant unpaid service and avoiding either domestic service elsewhere or low paid employment. But to get a house you had to get a man. It seems from other sources that the conventional means was to get with child by a likely lad from which marriage would often but not always follow.

In 1821/22 the Rev. J. Monkhouse wrote in the Parish Register of Bramshott, “Of 72 marriages in the last 10 years ending 1820, not less than 69 females have been unchaste before marriage. Those who gain husbands are more fortunate than those who bear bastards, but not more virtuous." Even those with bastards might get another man if one was willing and so a house and the parish relief. Bramshott is a little way from the Selborne of Gilbert White where the later Fitt family at the Priory Farm supplied a number of bastards. Also, it is near to the Chawton of Jane Austen.

In 1825 during yet another of the recurrent financial busts of the period, the Duke of Wellington observed that the nation was only days away from barter; that is where the money supply had disappeared from circulation altogether, neither quantity nor velocity were to be found. The essential problem was that with a system depending on the quantity of gold and silver a rate of population increase in excess of the increase in their supply meant inherent deflation; much as a rate of population increase higher than the rate increase of real GDP today engenders low wages and unemployment. This was relieved only by local credit systems and banks issuing their own notes, leveraging their gold holdings.

When too much of this paper fiat currency had been issued a lot of banks went wrong or bad and when that happened everyone wanted gold and there was nowhere near enough to be had. This might happen after a bad harvest which sent corn prices up. Because the money system did not allow too much in the way of rises the effect was then deflation for the prices of other goods, services, and labour. Work was hard to find, food was at higher relative cost, poorer and even middling families crowded into the available buildings and welfare systems all but collapsed.

All this culminated in considerable disorder and political upheaval around 1830 in Britain and Europe. Captain Swing was about the country. Near Bramshott at Headley men from there and Selborne were given free passage to Australia after burning their local workhouse down. King George IV and his fellow Royal Dukes did their best for the economy in an early form of quantatitive easing on the basis of large sums of unfunded debt underwritten by the taxpayer. The Brighton Pavilion and other arts ventures are their heritage, as are the maintenance and repair costs.

Their efforts were little appreciated by the population at large who had begun to develop a healthy contempt for the upper classes and were beginning to demand an end to corruption and rule by a self regarding elite using the system for their own benefit. The lifestyle, greed and lack of moral compass of their rulers offended both those with serious religious convictions and those attempting to keep their farms and businesses functioning.

Some figures from the USA are interesting in this context. During the American Rebellion 1776-1783 it is calculated that around 20% of Americans were Loyalist, that is believing in the Crown and British Government. Recent polls now suggest in the USA that only around 20% of the present population believes that the Federal Government truly represents them and their interests. This means that the future could be interesting.

What is the equivalent figure for the UK? In my view a figure of anything under 30% believing in our system and falling means we are headed for problems. In the last couple of generations we have been persuaded to believe we could have ever improving lifestyles, access to bigger and better consumer goods and housing space, cheap fuel and food and all of us can fly anywhere and everywhere for pure fun.

If few of us now have much confidence in our system what happens when all the lifestyle fuses blow? I can recall a very different world for the mass of the people and that is where we are headed now in real wealth terms. It does not take much scratching round census returns and available information about the pre 1914 generations to tell us that our present Western world would have been incredible to them as it is to most of the world’s population at present.

In some respects we are already close to the world of William Cobbett. In his time neither government nor the economists had any real answer. Things are going to change, but how, why, and to what effect we shall just have to see.