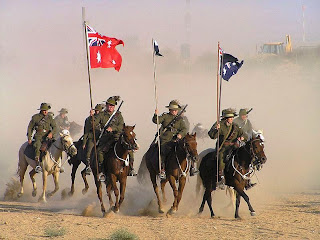 If you are wondering about the value of the pound this year and how it might affect your budget, savings, future pension, and investments read the item below taken from zerohedge dot com, copy and past in a mail to your MP or bank manager and ask them for an urgent explanation and appraisal as soon as possible. In respect of the last paragraph, the UK, I fear could be about to be “shaken out”. The article is titled “The Aussie/Euro Cross is the Carry Trade in its purest form”.


If you want to participate in the global carry trade in its purest form, take a look at the Australian dollar/Euro cross. This trade capitalizes on the harsh reality that there couldn’t be two more different economies in the world today. The Australian economy is virtually drowning in riches. Japanese and Chinese private and state owned enterprises are lining up to buy iron ore, gold, oil, aluminum, meat, copper, wool, wheat and a cornucopia of other bulk commodities.


Last year, the home of the kangaroo and the wallaby shipped a staggering AUS$150 billion of coal. Poke a hole in the Northwest Shelf and out spews enough natural gas to light the Middle Kingdom for a year. That explains why the Reserve Bank of Australia was the first and the fastest to raise interest rates coming out of the financial crisis. They’re actually worried about inflation down under.


Conditions couldn’t be more different in Europe. The dire straits of the EC’s weakest members are certain to prolong the European Central Bank’s zero interest rate regime. The gasoline on this bonfire is debt levels that make America look like a paragon of fiscal integrity. Some analysts are predicting that the Euro itself might not even survive the crisis.


How long can a sober, conservative German grandfather be expected to indulge the disgraceful habits of its party animal, thrill seeking, drug addicted grandchildren? I fear not long. That will give the market the juice to take the greenback through to the $1.30’s initially, and eventually to the $1.20’s. Your long goes up and your short drop like a stone, and everything works like it is supposed to. It is a trade that long in the tooth macro players, like George Soros and Paul Tudor Jones, glory in.


A first cousin of this play is the the now notorious “PIIGS” trade. To the uninitiated, this is where you go long the debt of German government agencies, a country that has passed a constitutional amendment to balance the budget by 2016. (Hellooooooo! Is anyone in Washington listening?). You then short in equal value amounts the debt of Portugal, Ireland, Italy, Greece, and Spain.


This trade delivered a home run in a matter of weeks for the big hedge funds that strapped this on at last year, and could have more to go. That was the message the markets screamed at us last week, when yields on the sovereign debt issued by the home of Plato and Socrates rocketed by a gut-wrenching 400 basis points against German bunds. Beware of Greeks bearing bonds.

The Aussie/Euro cross touched 62.50 last week. For a start, the cross gives you a nice yield pickup of an annualized 3.64%. Leverage up ten times, and that balloons to 36.4%. That’s what you make if this cross goes nowhere. If more investors pile into this trade after you, or if Australia keeps aggressively pushing up interest rates and the yield spread widens, then you can count on a substantial capital gain on top of this. Now you know why so many traders make a living doing this.

The easiest way to put this cross on is through the futures market, by balancing long Australian dollar and short Euro June contracts in equal value. If you are a giant hedge fund or a commercial bank, you can achieve the same through the interbank FX market. Retail investors can even position themselves through ETF’s and options.


Of course, this trade has been running for some time now, and there are hundreds of billions of dollars ahead of you from the big hedge funds. So there is a risk you could get shaken out, especially if you use leverage. But if you want to know how the big boys are coining it, this is the way.


For more iconoclastic and out of consensus analysis, you can always visit me at Mad Hedge Fund Trader, where the conventional wisdom is mercilessly flailed and tortured daily. You can also download past interviews with industry heavyweights on Hedge Fund Radio.


Now go to the bathroom, close the door, sit down and try to think.