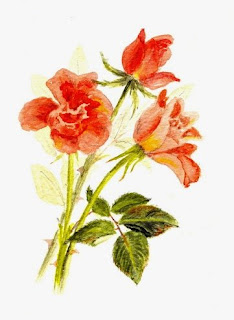 More on the way we live. Slinking through town, trying to avoid the many charity collectors, I saw someone from up the road leaving a florists shop. She was one of a couple who bought at the top of the market and had spent a lot of borrowed money on improvements. The front garden was turned into hard standing for the three cars, his, hers, and the big one for the dogs. At the back what did not go under the decking became a barbecue picnic area where they spend happy hours carbonising organic sausages and hand made burgers.

She had bought some flowers, probably farmed in central Africa on irrigated land owned by a company based in the Cayman Islands, purchased from a government agency funded by British development funds and staffed by former peasant tribes dispossessed by law. The flowers will have been conveyed by air freight operating on a just in time distribution system associated with a major trucking firm. As she was leaving, the florist gave the lady’s flowers a good going over with a spray can of fragrances that looked suspiciously like a male deodorant.

The florist continued to spray the outside flowers, and then went inside to give all the stock the same treatment. Not that it was needed because there were a number of air fresheners dotted about. Taking my life in my hands and putting my head through the door, I asked her about the flowers, then about the spray. It seems that despite the flowers being developed for a scent much stronger that in the past, it is not enough, and lasts but days, not weeks. The customers now want flowers that smell strong until the last leaf has withered on the stem. So she sprays them. An antibacterial is in the mix, and in the air freshener, it seems the customers don’t like the idea of bacteria on or near flowers.

The florist then started to cough, took out a packet and popped a pill, then gave her mouth and throat a good go with an inhaler. Enquiring if it was hay fever, she told me that her doctor had diagnosed asthma with a chest infection, and had been on antibiotics for over a year. Especially as she now had IBS. Eager to avoid any more medical revelations, I withdrew, muttering polite phrases. But I was anxious to be out. I had recognised the air freshener and knew its antibacterial. Not only is it a biocide, capable of taking out all the bodily bacteria in the stomach and the gut, bad, good, or critical to function, but it acts as an effective spermicide as well.

As I went past the window of the shop, I saw the big notice put up to bring in the passing trade. It said “Say It With Flowers”.